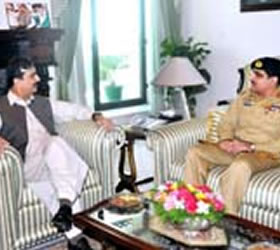 He expressed the confidence that General Khalid Shamim Wyne would perform his duties with professional zeal and would improve the level of coordination among the three armed forces of Pakistan.The Prime Minister hoped that in his capacity as Chairman Joint Chiefs of Staff Committee, he would work to cater for the professional needs of the armed forces to further strengthen the defence of Pakistan.General Khalid Shamim Wyne thanked the Prime Minister for reposing trust in him and said that he would do his best to come up to the expectations of the nation – App