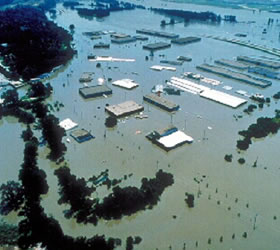 ISLAMABAD, Sep 29 (APP): Prime Minister Syed Yusuf Raza Gilani on Wednesday said that the government has devised a comprehensive short, medium and long-term strategy for sustained economic growth in the country. He said that economic policies have been redesigned in wake of the situation being emerged out of the recent devastating floods in the country.The Prime Minister was talking to Parliamentarians who called on him at his Parliament House Chamber.The Prime Minister said that the restructuring of ailing public sector enterprises is at the top of government economic priorities so that they could be converted into profit earning institutions.He urged the public representatives to focus their energies on the uplift of their respective areas and bring in innovative ideas for launching projects of public utility. The Prime Minister said that standing crops spreading over millions of acres of land were washed away causing a loss of billions of rupees. He said that agricultural sector forms the linchpin of the economy and the government is taking urgent measures to rehabilitate this important sector. He said government is seriously considering free supply of seeds and fertilizers to farmers in the affected areas in this regard.

The Parliamentarians apprised the Prime Minister on the situation of flood affected areas they had visited. They appreciated the government efforts in the timely provision of relief goods to the flood affected people. The Parliamentarians who called on the Prime Minister included Minister of State for Religious Affairs, Ms. Shagufta Jumani, Minister of State for Health, Ms. Mehreen Razzaq Bhutto and MNA Riaz Fatyana – App