All institutions should mind their own business, ECP secy tells SC

by ToP
in Business, Govt.
0 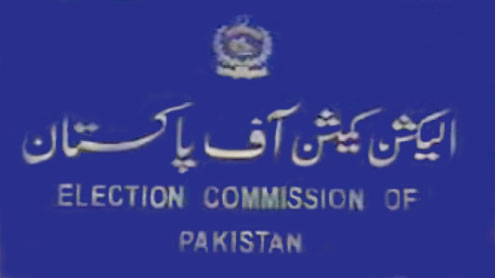 ISLAMABAD: Defending his eight-page letter to the prime minister in which he had complained against the Supreme Court’s “undue interference in the affairs of the Election Commission of Pakistan”, ECP Secretary Ishtiaq Ahmad Khan told the apex court on Wednesday that all organs of the state should operate within their spheres to avoid unnecessary institutional conflicts.Talking about his letter in the court, Khan said, “I just shared few thoughts on the situation prevailing in the country, the roles of various state institutions as enshrined in the constitution and need for each to focus on its own constitutional responsibilities so that the system and democratic dispensation should be smooth and each institution could provide relief to the people in their respective domains.”

Khan said that any denial of free expression of thought would not only be negation of the fundamental right guaranteed in the constitution but would also lead to suffocation of new ideas, creative dialogue and free spirit of inquiry. He stated, “Nobody is perfect, we all make mistakes, we need to learn from the same and that this little time that has been made available to us is too precious to be wasted on petty issues or non-issues. I feel duty-bound to express my views and share my thoughts, and obviously, while discussing issues, there is no intention of hurting anybody or maligning and institution.”

He further said, “Thinking that we are always right, our policies and ideas are perfect, and closing ourselves to criticism by others is a sure recipe for self delusion and failure in terms of performance of our functions.” After reading the letter, a three-member bench of the apex court, headed by Chief Justice Iftikhar Muhammad Chaudhry, expressed annoyance over the secretary’s allegation about the court’s interference in the affairs of the ECP, and reiterated that it would go to any extent for the protection of the constitution. The CJP said that everyone had the right to express their views but within limit. He said the ECP was bound to review the electoral lists annually and the court had not taken up the matter on its own desire but on a petition filed by a political party’s head. – Dailytimes

New US screening rules for air travelers over 75