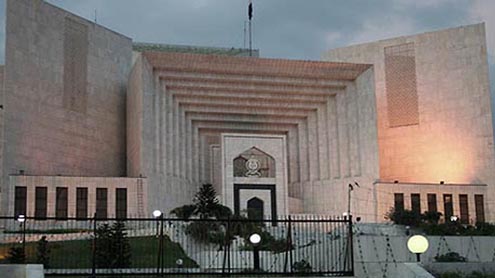 ISLAMABAD: The Supreme Court has sought complete record of Nepra’s public hearings about increase in power tariff during August and October.

A three-judge bench headed by Chief Justice Iftikhar Muhammad Chaudhry asked the National Electric Power Regulatory Authority Chairman Khawaja Naeem on Tuesday to apprise it if the stakeholders had been given an opportunity during the public hearings to participate in the process of determination of power tariff or the decision had been taken unilaterally. The court suggested to the chairman to engage a counsel in this case because it would give a judgment on the process for determination of the tariff.

The Nepra chief tried to satisfy the bench about the procedure, but the chief justice asked him how the government could intervene in the authority’s affairs. He said that the process for determining the tariff should be transparent. The chief justice said the government had passed on the entire burden of line losses to the consumers who were regularly paying their bills. Asking the regulatory authority to work out a mechanism to determine the tariff, he said electricity generated through gas should cost less than that generated using oil. It was noted that the government had withdrawn subsidy on electricity which had resulted in the tariff hike. Mr Naeem said Nepra was trying to give relief to the poor.

He said 30 to 40 per cent consumers were using less than 50 units per month and the government was charging them Rs2 per unit. Pakistan Electric Power Company (Pepco) Managing Director Zargham Ishaq Khan said the current power generation during peak hours was 13,000 megawatts and at other times 12,800MW, while the peak-hour requirement was 14,300MW. He said about Rs460 billion electricity bills were outstanding, including Rs280bn of the private sector. He said the recovery rate from the industrial sector was 92 per cent, commercial sector 85pc and domestic consumers 75pc. The Pepco official said various ways were being adopted for the recovery of bills. The court issued notice to the attorney general to appear on Nov 6. -Dawn