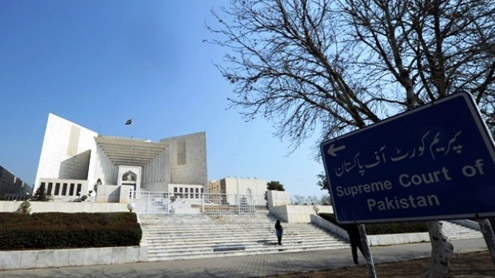 Rejecting Defence Secretary Lt Gen (r) Asif Yasin Malik’s objections over the contempt proceeding against him the Supreme Court on Tuesday farmed charges against him for or not holding the local government (LG) elections in the cantonment areas despite making a commitment.

On the other hand, the counsel for the defence secretary contended that he (Malik) had given the statement regarding the holding of local government elections in cantonment areas on the advice of chief law officer of the country, attorney general of Pakistan. A three-member bench of the apex court, headed by Chief Justice of Pakistan Iftikhar Muhammad Chaudhry, found the defence secretary guilty under Section 2B of the Contempt of Court Ordinance 2003, read with Section of 3 of Article 204 of the constitution.

The bench observed that despite an undertaking, Malik failed to hold elections and disobeyed the court order. It also found him guilty under Section 2B of Contempt of Court Ordinance 2003 read with Section 3 of Article 204 of the constitution, adding that “contempt notice was issued to the defence secretary and his reply was not satisfactory. Therefore, we direct that he should be tried for the said charge in the court”. Defence Secretary Malik, who was present in the court, however submitted before the court that he was not pleading guilty and acclaim trial in the case. The court had asked him whether he felt guilty or not. It then asked Malik to sign the charge sheet which he did.

Meanwhile, the Supreme Court gave the federal government the last opportunity to examine the holding of local government elections in the cantonments and Islamabad Capital Territory within seven days otherwise it would pass an appropriate order. The court also directed the government to take the decision not later than seven days; warning that otherwise it would be free to examine the provision of 15E of Cantonment Act 1924.

The three-member bench observed: “It would be ideal situation and would earn the appreciation of the general public that the election in cantonments be held in accordance with Article 140A of the constitution. There should be no discrimination to hold elections in the cantonment areas and non-cantonment areas.” The court noted that after May 5, 2013 no permission has been obtained for the constitution of Boards and therefore the court shall be compelled to examine under what law the expenditures were made from the Boards funds.

The defence secretary was directed to submit the report about the compliance of the court’s orders on or before November 11. The court said if the reply is not satisfactory it would pronounce an order. Regarding the local government elections in the Islamabad Capital Territory, the bench observed that despite issuing directions from time to time the federal government had failed to hold the elections. The bench directed the federation to ensure local government elections are held in cantonment boards, ICT and Khyber Pakhtunkhwa and other three provinces. The court directed it to choose either November 27 or December 7 as dates for this purpose. -Dailytimes