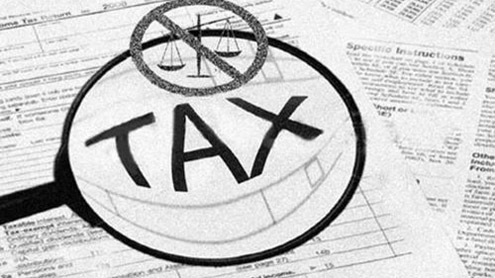 The government has failed to control tax exemptions given to powerful businessmen, sources said. The previous PPP government lost about Rs1 trillion in customs duties, sales tax and income tax exemptions during its five-year tenure while the PML-N government gave away Rs 104 billion within first six months of its rule. Till February, the PML-N government allowed customs duty exemptions of Rs 92 bn, Rs 7.3 bn worth of sales tax and Rs 2.4 bn income tax. The exemptions have been granted under the Statutory Regulatory Orders, which were in place for quite some time. By just issuing an SRO, the government can award tax exemption of any nature to a business of its choice. Soon after coming to power, the present government promised in its agreement with the International Monetary Fund to review the policy about SROs within three years. Finance Minister Ishaq Dar had to create a consensus on the issue among stakeholders — industrialists and the government organisations — by March this year. But instead of reducing the number of SROs, Mr Dar added new ones to the list, an official told Dawn.

“Powerful business lobbies benefiting from the SROs are the major hurdle,” the official said. The Federal Board of Revenue has conducted a study to minimise tax exemptions, showed the documents according to which general and sectoral concessions remained in place for quite some time. The concessions could be categorised under: free trade and preferential trade agreements; imports of essential inputs for various industries; machinery and equipment not manufactured locally; and inputs for export oriented goods.

The number of SROs about sales tax and income tax exemptions are either likely to be rationalized or deleted. According to the documents, “certain principles have been formulated on the basis of which a number of categories of SROs issued from time to time are planned to be deleted and rationalized over a period of three years”. A former chairman of the FBR told Dawn that the purpose of SROs was to resolve unforeseen anomalies which came to the fore after the passage of tax-related legislation by parliament. But “SROs are mostly issued at the direct intervention from the top to benefit certain industry, businessman, etc., which the chairman cannot stop”, he said. -Dawn