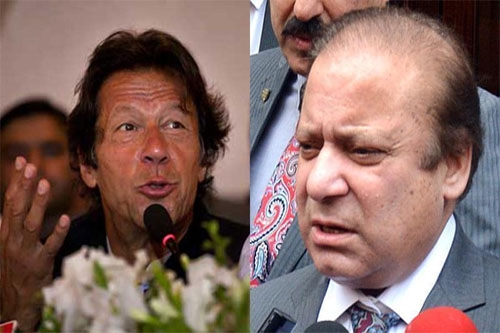 Both govt and opposition in KP a let-down

While the Pakistan Tehreek-i-Insaf-led coalition government in Khyber Pakhtunkhwa seems to have abandoned the seat of power, the opposition, too, is shirking its duty of pressing the ruling parties for doing their job.

The province has been confronting militancy, targeted killings, extortion, poverty and bad governance, but the government and the opposition have ignored these core issues.

.He is shuttling between Islamabad and Peshawar regularly for disposing of important file work.He will chair the cabinet meeting today (Thursday) after three months.The cabinet held its last meeting on June 14.Dharna is taking toll on the development side of the province, too. The ‘go Nawaz go’ movement has caused financial matters to nosedive as the annual development programme worth Rs139.8 billion for the year 2014-15 has apparently frozen. The government supposed to spend Rs27 billion of the ADP in the first quarter of financial year has utilised Rs2 billion only so far highlighting the sorry state of affairs in the province.Apprehensions are growing that like previous financial year, the current ADP may also lapse.“If departments work at such a slow pace, then the current ADP may not be utilised,” said opposition MPA Syed Jafar Shah.He said hundreds of summaries regarding development schemes and other important matters had been waiting for the approval of the concerned ministers.

“The summary regarding establishment of Kalam Aviation Authority has been pending with the law department for more than three months because there is no law minister to sign the summary,” he said.Information Minister Mushtaq Ghani said some people had challenged E-Tendering system introduced for awarding contract of development schemes, in the court due to which ADP in the first quarter could not be utilised.He blamed vested interests for creating hurdles to reforms and said that had led to delay in the execution of schemes.Critics said the chief minister, his ministers, advisers and special assistants shifted their focus to the anti-government sit-in in Islamabad and departments were functioning without the guidance of ministers and advisers.Sarcastically, the assembly session has not been convened after budget session in June.

The opposition parties, which usually filed requisitions for convening sessions for holding debate on minor issues like formation of Zakat committees, and postings and transfers, seem to have turned a blind eye to the situation.The opposition criticises government in press conference and talk shows, but does not convene session of the assembly to exert pressure on the government from the platform of a constitutional body.

During a recent press conference, parliamentary leader of Quami Watan Party Sikandar Khan Sherpao said: “holding debate on issues in the assembly is useless because the government does not look serious in business.”The opposition has diverted its energies from saving the assembly from dissolution to highlighting key issues of the people.Notice of no-confidence was filed against the chief minister on August 19 without submitting requisition to call the assembly session.The logic given by the opposition for not requisitioning the session is to save the assembly to complete its five years term.