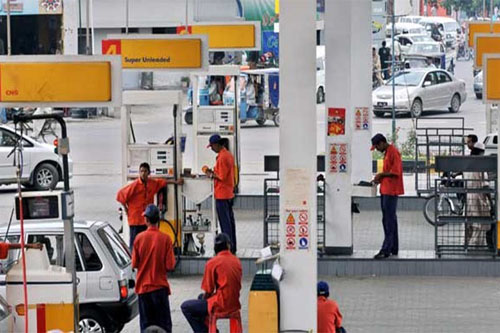 The prices of petroleum products (POL) are likely to be cut by up to Rs 14 per litre with the start of November as the crude oil price has plummeted significantly in the international oil market.

Sources in the Finance Ministry have told Daily Times that a likely decrease of up to Rs 14 per litre in POL prices would come into effect next month, which would allow consumers to enjoy lower fuel prices for the third consecutive month. In October, the government had slashed the prices by 2.8% after oil prices dipped in the international market. In view of a $13 per barrel decrease in the price of crude in the Arab Gulf market, the government is expected to approve up to Rs14/litre cut in POL prices for upcoming month. There is no example of such a historic reduction in POL prices in the past, officials in the Finance Ministry said.[contentblock id=2 img=adsense.png]

The sources said that the estimation made so far by the concerned authorities regarding future prices of POL products, petrol will go down by Rs 9.82/litre, high speed diesel (HSD) Rs 7/litre, high octane blended component (HOBC) Rs 14/litre, kerosene oil Rs 7.62/litre, light diesel oil (LDO) Rs 8.37/litre from the next month. They said if the said cut is approved then the per litre price of POL products would reach the level recorded some four years earlier. “According to the estimation made so far regarding new POL prices, new petrol price during next month in the open market would stand at Rs 93.80/litre, while HSD Rs100/litre, which is widely used in heavy transport vehicles and the agriculture sector, and HOBC Rs 117/litre,

which is used mainly in luxury vehicles. Also, kerosene oil Rs 87.98/litre, which is used as kitchen fuel in remote areas of the country, and LDO Rs 83.09/litre, which is consumed mainly by industrial units,” sources said. A senior official at Oil and Gas Regulatory Authority told this scribe that the regulatory authority (OGRA) would dispatch a summary of oil prices to the Ministry of Petroleum and Natural Resources today (Thursday) and the Finance Ministry, after getting the consent of prime minister, would announce new POL prices tomorrow. -dailytimes

Drone Issue to be Discussed During Army Chief’s US Visit

Drone Issue to be Discussed During Army Chief’s US Visit