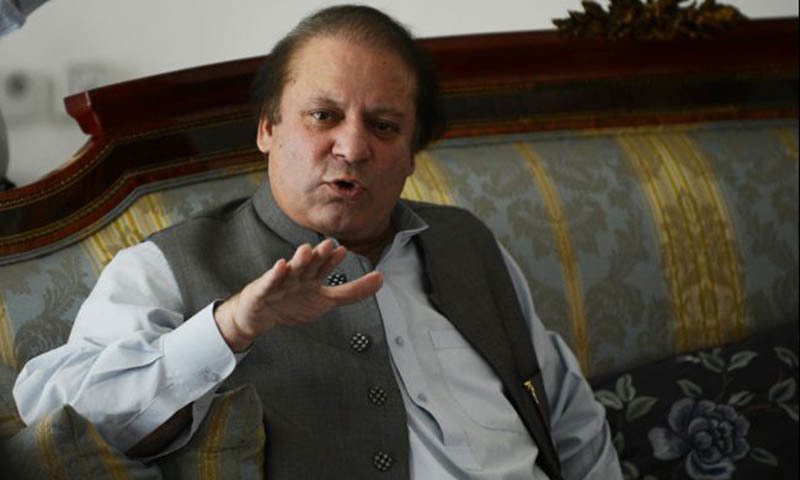 Prime Minister Nawaz Sharif said on Wednesday his government would again reduce prices of petroleum products next month. The decision would benefit growers because of a resultant reduction in electricity bills of tubewells as well as the general public in the wake of a decline in transport fares, he said in comments telecast by PTV after presiding over a meeting on energy.

The prime minister said the decision to reduce prices of petroleum products last month had eased inflationary pressure on the masses, adding that his government wanted to give maximum relief to people. “We will announce a reasonable cut in the prices of petroleum products this time as well.” The prime minister described the recent signing of billions of dollars of agreements with China as a ‘game-changer’ and said the establishment of power houses would end loadshedding. “Those staging sit-in may not like to see end of loadshedding, but I am committed to doing it and we will address this problem during the tenure of our government,” he added.

Mr Sharif said he had stated time and again that there was no quick fix of the years-old energy problem. “We are doing our best to address this issue and once the problem is solved, it will be a great service to the nation.” He said it was very unfortunate that because of the sit-ins the Chinese president had to postpone his visit to Pakistan. But on the invitation of the Chinese president, he added, he had visited China and signed billions of dollars of agreements. The Chinese president has promised to visit Pakistan. The prime minister said a decline in prices of rice in the international market had also affected the growers of Pakistani basmati rice.

“Agriculture is the backbone of the country’s economy and the government is taking steps to support the sector.” Mr Sharif said reducing prices of agricultural inputs and ensuring better return to growers for their products were on the agenda of his government. The prime minister said he had directed the ministers for finance and food security to take immediate measures to support farmers, particularly rice growers.

Qadri Back in Pakistan

Qadri Back in Pakistan