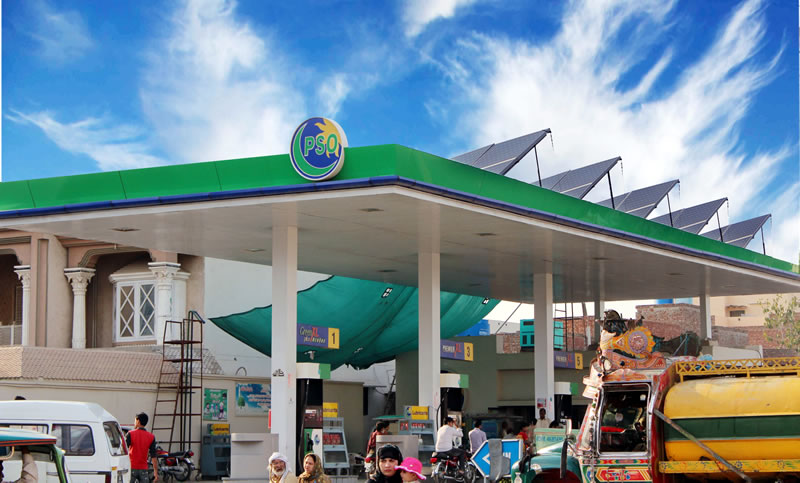 The latest suspensions came on the directives of the prime minister’s office issued on the basis of the second investigation into the crisis conducted by Barrister Zafarullah Khan, the PM’s special assistant on parliamentary affairs, and Tariq Khosa, a former IG, informed sources told Dawn. Those suspended are Jehangir Ali Shah, deputy managing director (DMD), operations; Dr Nazir Zaidi, senior general manager, international marketing; Asif Aslam, general manager, retail; and Mansoor Ismail, acting general manager of North (Punjab and Khyber Pakhtunkhwa), according to acting petroleum secretary Arshad Mirza. The source said the 20-page report written by Barrister Zafarullah, with input from additional secretary at the PM’s office Fawad Hassan Fawad and Arshad Mirza, had also reprimanded the PSO’s board of directors for giving a free hand to the company management. The board had also shortlisted Dr Zaidi for the job of managing director of the PSO, a post currently held by Shahid Islam, a former executive of the PIA.

The names of some of the suspended executives were already on the exit control list because of separate investigations by the Federal Investigation Agency, the sources said.  The investigation also expressed displeasure over failure of the Oil Companies Advisory Committee to play its due role as a representative body of all oil marketing companies and refineries to prevent the crisis. The source said the investigation noted five successive promotions given to Jehangir Ali Shah over the past four years and Dr Zaidi’s role in dealing with supply agreements with the Pakistan National Shipping Corporation (PNSC) and import arrangements. Asif Aslam and Mansoor Ismail were believed to have a direct role in retail arrangement and supervisory role over PSO operations in the entire Northern region, including Punjab, KP, Azad Jammu and Kashmir and Gilgit-Baltistan, respectively. An earlier investigation conducted by Zahid Muzaffar, the PM’s adviser on petroleum, and Zafar Masud, member of the board of directors of the Oil and Gas Development Company, had blamed almost entire supply chain — including the ministries of power, petroleum and finance,

The Oil and Gas Regulatory Authority, the PSO’s management and board — and other market players and the PNSC for the crisis. The Muzaffar-led panel had recommended action against the chairman and member of Ogra, reprimanded the PNSC management and fixed direct responsibility on eight officials of the petroleum ministry and the PSO.

This committee had noted that indifference and incompetence of the PSO management had also contributed to the crisis and particularly named the then acting managing director, the chief financial officer, the GM (retail), the senior GM (supply chain) and the DMD (operations) for the fault. The then petroleum secretary Abid Saeed and the PSO’s acting managing director Amjad Pervez Janjua and director general (oil) Azam Khan were suspended soon after the petrol shortage. The second investigation has endorsed earlier suspensions and indicated that Petroleum Minister Shahid Khaqan Abbasi cannot be absolved of the responsibility to forestall the crisis.