Govt Plans to Call Joint Session of Parliament on Thursday 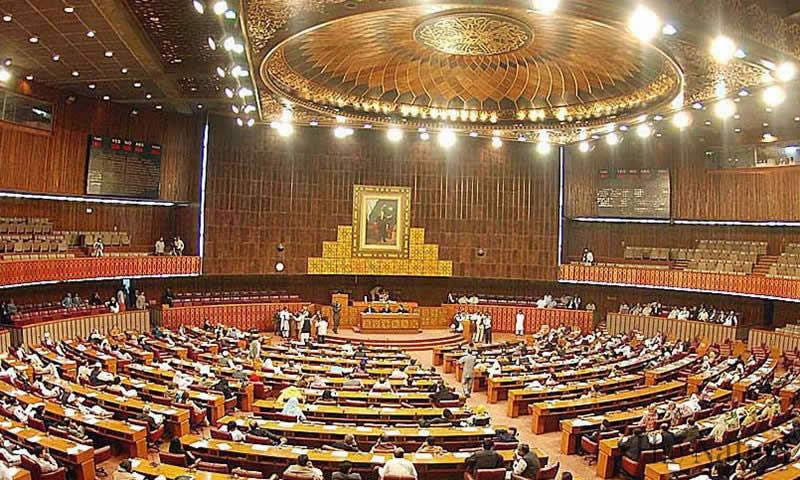 The government plans to convene a joint session of parliament on Thursday for the mandatory address of the president and is seeking cooperation from the opposition parties for conducting the proceedings smoothly.

Besides, the government also has a plan to convene the first regular session of the new National Assembly from Friday in which Fina­nce Minister Asad Umar will present a new finance bill (budget) for the remaining 10 months of the fiscal.

However, the opposition parties have asked the government to constitute a parliamentary commission to probe the charges of rigging in the July 25 general elections before convening the joint sitting, if it wants smooth sailing in the house.

On Monday, National Assembly Speaker Asad Qaiser held a meeting with the parliamentary leaders of the parties, told them about the government’s agenda and sought their cooperation in this regard.

Talking to Dawn after the meeting, Foreign Minister Shah Mehmood Qureshi confirmed that the opposition had put the condition of formation of a parliamentary commission for ensuring smooth proceedings. He said the Pakistan Tehreek-i-Insaf would make a decision on the opposition’s demand in a few days after discussing it within the party.

Mr Qureshi said the government wanted to run parliament while maintaining its sanctity and would make every effort to ensure it. However, he added, if the opposition had made up its mind to disrupt the proceedings during the presidential address, it was up to them.

He said that it was the right of the opposition to register its protest on the floor of the parliament, but after registering the protest, they should return to the work for which the people had sent them.

The PTI leader was of the view that by disrupting the parliamentary proceedings through sloganeering or making a fuss, the opposition would itself be making parliament “redundant”.

Mr Qureshi said that at the time of the election of prime minister last month, he had personally requested Opposition Leader Shahbaz Sharif to end the lengthy protest to allow Prime Minister Imran Khan to make a speech, but the opposition members did not pay any heed.

Speaking at a news conference in Lahore last week, Pakistan Muslim League-Nawaz president Shahbaz Sharif had asked Prime Minister Khan to keep his word and constitute a powerful parliamentary commission to probe allegations of rigging in the elections and recommend steps to block rigging attempts in future.

He said that Mr Khan had himself made an unconditional promise with him on the day of prime minister’s election in the National Assembly on Aug 17, but no commission had been notified yet even after the passage of three weeks.

The PML-N chief threatened that the opposition alliance would not let the house function if the commission to probe rigging allegations was not constituted.

According to an official handout issued by the National Assembly Secretariat, Speaker Asad Qaiser told the parliamentary leaders that maintaining the sanctity of the parliament and strengthening democracy was collective responsibility of all parties. The people of Pakistan had great expectations from the parliament, he added.

Mr Qaiser said that he would constitute standing and functional committees of the house as early as possible and would follow the past traditions in the process of formation of the committees.

He apprised the participants of the meeting about the government’s proposal to convene a joint sitting f parliament on Sept 13 for the presidential address. On Sept 14, the government wants to convene the regular session of the NA, says the handout.

Under Article 56(3) of the Constitution, the president is required to address a joint sitting of parliament at the beginning of the parliamentary year.

It will be the maiden address of President Dr Arif Alvi to the parliament after his election as 13th president of the country on Sept 4. He is expected to face a noisy opposition protest, if the government fails to meet the opposition’s demand of constituting a parliamentary commission.

In the past too, the opposition members had lodged a strong noisy protests during presidential addresses.

The first sitting of the National Assembly after the elections was held on August 13, which will be considered the first day of the parliamentary year of the new assembly every year. – Dawn