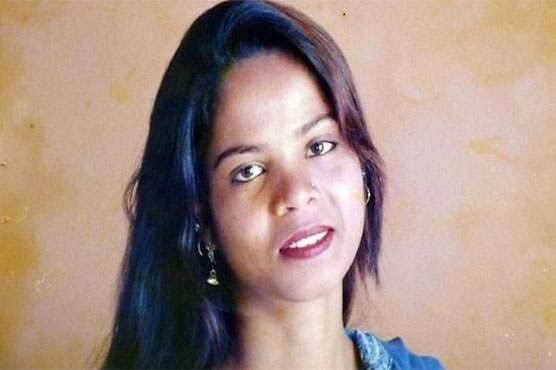 Foreign Office spokesperson Dr Faisal on Thursday termed the reports regarding Asia Bibi’s departure from Pakistan as false. Talking to media, he asserted that Asia is still present in Pakistan and has not travelled abroad after being freed from jail.

The FO statement came after a foreign news agency claimed that the Christian woman has flown out of Pakistan after being released from Multan’s women prison.  Federal Minister for Information and Broadcasting Chaudhry Fawad Hussain has urged section of media to act responsible as the matter is quite sensitive.

Asia Bibi, who spent eight years on death row for blasphemy, was freed from Multan jail today, a week after her acquittal in a landmark case that triggered angry protests by Tehreek-e-Labbaik Pakistan (TLP). Thousands of TLP workers poured onto the streets in protest after Supreme Court judges overturned Bibi’s conviction last Wednesday. Demonstrations broke out in major cities across Pakistan in the ruling’s wake, with club-wielding protesters blocking Islamabad’s main highway and barricading roads in Karachi and Lahore. Her conviction was overturned by the Supreme Court last Wednesday, but she remained in prison as the government negotiated with TLP who blockaded major cities and demanded her immediate execution.

Following protests, the government agreed in a deal with protesters to impose a travel ban on Bibi, and not to challenge an appeal in the Supreme Court. Mulook and the media criticised the government for caving in to the protesters after Prime Minister Imran Khan had at first appeared to stand up to them.