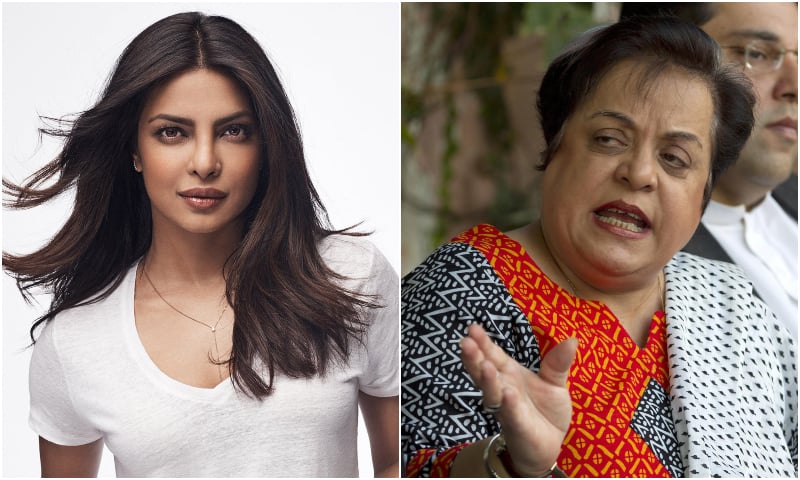 Human Rights Minister Shireen Mazari has formally written to the head of the United Nations Children’s Fund (Unicef), asking her to remove Indian actress Priyanka Chopra Jonas as a global Unicef Goodwill Ambassador over her allegedly pro-war comments, it emerged on Wednesday.

The minister’s move came days after Chopra was accosted at an event in the United States earlier this month by Pakistani-American activist Ayesha Malik over a tweet sent out by the actor earlier this year in favour of the Indian army. In a letter written to Unicef Executive Director Henrietta H. Fore, Mazari pointed to the ongoing crisis in occupied Kashmir, saying it was a result of Prime Minister Narendra Modi’s government’s violation of all international conventions that it is a signatory to, along with UN Security Council resolutions. She alleged that India’s Hindu nationalist-led government was conducting a “campaign of ethnic cleansing of Kashmiri Muslims” in occupied Kashmir.

“The Indian occupation forces have also intensified their campaign of using pellet guns against women and children as well as violence and abuse of women in IoK,” she wrote, adding that the Modi government’s policy was similar to the “Nazi doctrine of ethnic cleansing, racism, fascism and genocide”.

She pointed out that Chopra, who was announced as a global Unicef Goodwill Ambassador in 2016, had publicly endorsed this position of the Indian government position and also allegedly supported the nuclear threat issued to Pakistan by the Indian defence minister.

“All this goes completely against the principles of peace and goodwill that Ms Chopra is supposed to uphold as a UN Goodwill Ambassador for Peace,” Mazari said, adding that the actor’s alleged jingoism and support for war undermine the credibility of her position as a UN representative.

“Unless she is removed immediately, the very idea of a UN Goodwill Ambassador for Peace becomes a mockery globally,” she said, urging the Unicef chief to immediately de-notify Chopra as their ambassador.

US Lawmakers urge India to end Occupation of Kashmir

US Lawmakers urge India to end Occupation of Kashmir