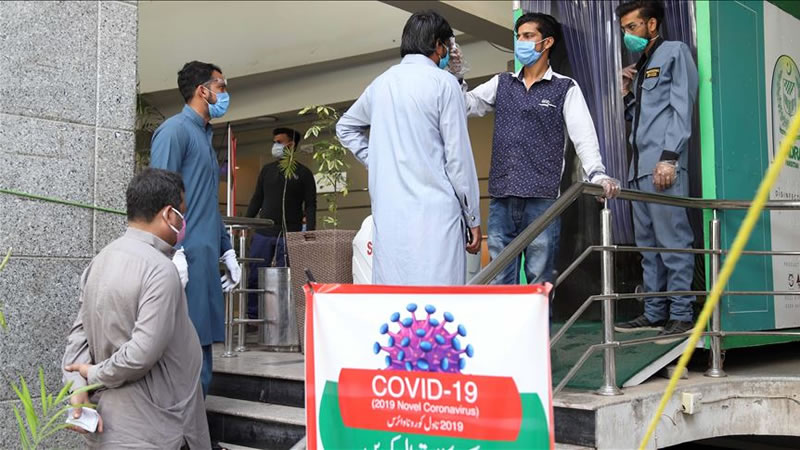 Amid rising fears that a large number of people can be asymptomatic after over 16,000 new cases of coronavirus emerged during the last week only, the government has decided to hold a seroepidemiological survey to know what percentage of the population has already been infected.

The pilot study, which will be completed in two to three weeks, will be conducted in the federal capital before the launch of a nationwide study by mid-June to get the data from across the country.

The main objective of the survey is to evaluate risk factor for Covid-19 infection by comparing the exposures among infected and non-infected persons. The survey will also help the healthcare institutions to know and understand about the actual prevalence of Covid-19. The pilot study will provide estimation about the number of cases in different areas of Islamabad.

Health Services Academy (HSA) Vice Chancellor Dr Asad Hafeez, while talking to Dawn, said that currently targeting testing was being done across the country due to which only ‘incidences’ were being reported such as persons, having complaints or symptoms of Covid-19, were being tested.
Article continues after ad

“However during survey different segments of the society will be tested to know the prevalence of the disease. Statistical samples will be collected and both polymerase chain reaction (PCR) and antibodies tests will be held to know that how many persons have been infected,” he said.

Dr Hafeez said the study would make it possible for the authorities to calculate percentage of the infected population and identify the hotspots. “By mid-June simultaneously a similar national-level study will be started to ascertain the situation across the country,” he said.

A senior official of the National Institute of Health (NIH), requesting not to be quoted, said the study was being held to observe the tendency of disease in the general population.

“There is a possibility that a large number of people would be asymptomatic and were not being detected as symptoms are not developed in them. We have divided the federal capital into 44 zones and samples will be collected from 2,750 persons in the federal capital. Both the PCR and antibodies tests will be held to know that if people have recovered from the disease without developing the symptoms,” he said.

While asymptomatic patients of Covid-19 don’t show any symptom of the disease, antibodies tests confirm whether a person was infected with the virus or not.

The NIH official said the methodology being used for the study was called ELISA (enzyme-linked immunosorbent assay) which is a technique designed for detecting and quantifying peptides, proteins, antibodies and hormones.

“Because of the study we will be able to estimate that how many people were infected in the federal capital which has population of 2.2 million. After that we will be able to get the countrywide estimated number which is called denominator population. Despite that it has been decided to hold a national level study to know which parts of the country are the most infected,” he said.

According to media reports, a summary sent to Punjab Chief Minister Usman Buzdar had estimated 670,000 persons could be infected by the Covid-19 in Lahore alone.

Meanwhile, according to an official statement, the NIH through its Field Epidemiology and Laboratory Training Program in collaboration with Ministry of National Health Services (NHS) and Health Services Academy (HSA) has started “Seroepi­demiological Survey for Covid-19”.

Before the initiation of the survey, the NIH conducted a training session of field interviewers and technicians to conduct the survey.

On this occasion, NIH Executive Director Maj Gen Aamer Ikram elaborated that through the survey, the Ministry of National Health Services will be able to determine the extent of infection in the general population and calculation of age-specific attack rates to identify the fraction of asym­ptomatic or subclinical infections.