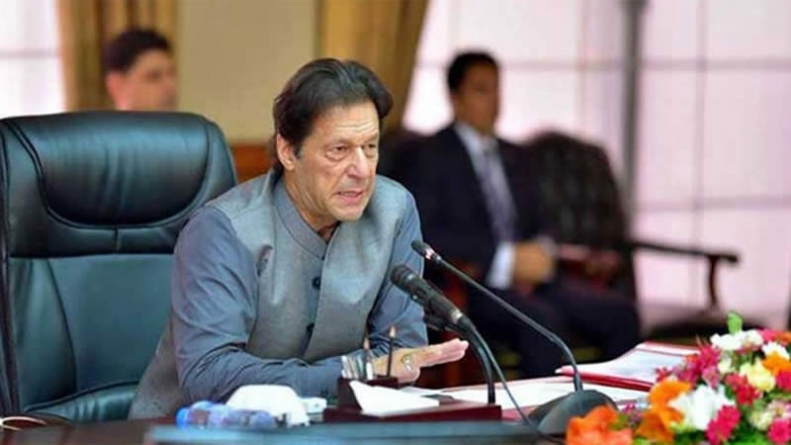 Four-member panel to determine beneficiary of the shortage, submit report till July 10

Prime Minister Imran Khan has constituted an inquiry committee to investigate the recent petrol crisis with directions to the committee to complete and submit the report till July 10.

The prime minister has made his Special Assistant on Coordination of Marketing and Development of Mineral Resources Shahzad Syed Qasim as the head of the committee while the other three members include former DG (Oil) Rashid Farooq from the Petroleum Division, Petroleum Institute of Pakistan CEO Asim Murtaza and former PSO senior GM Naazir Abbas Zaidi.

The head of the committee has the power to add more members to the committee to probe the recent petrol shortage.
Importantly, the prime minister has tasked the committee with “identifying and fixing responsibility, if any, on any individual/officer/organisation, including any purported benefit to a private party, besides suggesting/recommending way forward for future course of action, so as to ensure that such crisis does not recur”.

“The above inquiry shall be completed and report shall be submitted to the prime minister within a fortnight (July 10, 2020) positively,” read the June 25 notification. It added that the Petroleum Division shall provide secretarial assistance to the committee.

Earlier this month, thousands of people were seen queuing up at petrol pumps across the country.

On May 31, Premier Imran tweeted that Pakistan had the lowest fuel prices in South Asia, saying: “We have further reduced petrol, light diesel oil, kerosene oil prices. Now, we have the cheapest fuel cost compared to other states in South Asia.”
He also compared the oil price with India, Bangladesh, Sri Lanka and Nepal and said petrol was 50 to 75% more expensive there than in Pakistan.

However, petrol was not available until the government decided to increase the price of petrol by Rs25.58 per litre for the month of July and claimed that it was in line with the hike in global crude oil prices. As per the notification, the inquiry report shall, inter alia, identify the causes and the impact of price decrease on import and availability of petrol in the month of June.
The premier has tasked the committee to find out about hoarding, if any, by the Oil Marketing Companies, including curtailing the supply from depots to retail outlets and hoarding, if any, by petrol stations.

Also, the notification states, the committee would give its findings on whether the availability of petrol, this year, was higher as compared to last year in the corresponding month(s) while measuring the impact of Covid-19, if any. Moreover, the committee will also determine the role of Petroleum Division during the crisis. Additionally, the role of Oil and Gas Regulatory Authority during the crisis would also be assessed.

The committee will also evaluate possibility of market manipulation and cartelisation by OMCs and the retail outlets. Furthermore, it has been asked to look into any other issue that is related to the recent petrol shortage.

The opposition parties have severely criticised the government after the massive increase in the petroleum prices, saying the government has dropped a “petrol bomb” on the masses who were already suffering from Covid-19, unemployment and inflation. The government, however, has defended the increase, saying it was in accordance with the rise in international oil prices.