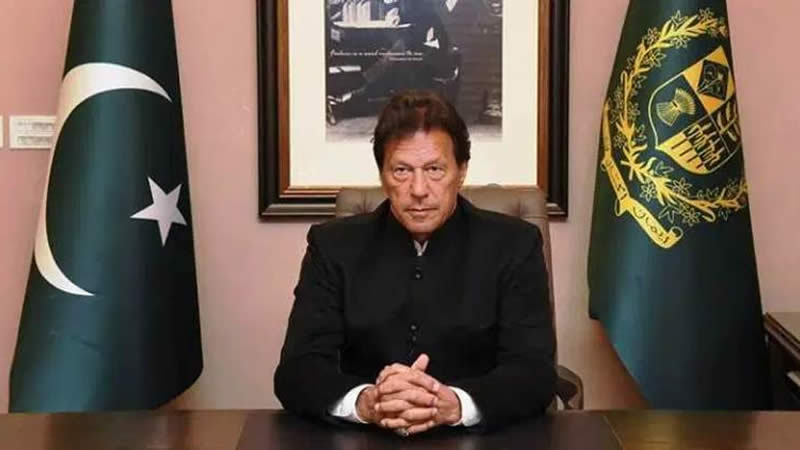 Prime Minister Imran Khan said on Tuesday that the Covid-19 pandemic was inflicting unparalleled human suffering and controlling the virus was critical to addressing both the health and the economic emergencies.

Addressing a high-level summit on the ‘Financing for Development in the Era of Covid-19 and Beyond’ on the sidelines of the 75th session of the United Nations General Assembly, Imran presented different suggestions such as debt service suspension initiatives and making the vaccine for virus available to all.

The premier called for extending the G-20’s debt service suspension initiative for at least another year, saying that the request for forbearance under this initiative should not affect the country’s credit rating, since this is due to force majeure, and not mismanagement.

Secondly, Imran said, the multilateral development banks should also participate in the debt suspension initiative, and thirdly, other short-term measures which could cover both official and private creditors, including debt swaps for health, climate and SDGs; debt buy-backs; re-profiling debt; and regional resilience funds, should be considered.

While discussing Pakistan’s strategy against the Coivd-19, Imran said that his government’s strategy was of “smart lockdowns”, which had fortunately controlled the spread of the virus. “Yet, we are not complacent. No one is safe until everyone is safe,” he said.

Imran hoped that a vaccine would be available soon and “everyone, everywhere, must have equitable and affordable access to the vaccine, as a global public good.” He said the Covid crisis had triggered the worst recession since the 1930s Great Depression, adding the poorest countries and the poorest people had as usual been hit the hardest.

“Despite our financial constraints,” he said, Pakistan injected over $8 billion – 3% of the GDP – to protect the poor and keep the economy running. “Debt relief is one of the quickest ways to create fiscal space for developing countries,” he added, repeating his call in April for “a global debt relief initiative”.

He told the audience that Pakistan had subsequently initiated discussions on the matter at the UN, and co-led the Discussion Group on Debt Vulnerability. He welcomed the extensive “Menu of Options” identified by each of the six discussion groups, saying that the countries must prioritise those actions that could have a significant impact and could be quickly implemented.

“Investment in sustainable infrastructure will be key to a resilient economic recovery and realisation of the SDGs,” he said. “We should create a UN Infrastructure Investment Facility to mobilise an additional $1.5 trillion annually in the developing countries.”

The International Monetary Fund (IMF) estimates that developing countries would require an additional $2.5 trillion to recover from Covid-induced contraction, the prime minister reiterated. He said the rich countries should support the creation of at least $500 billion in new Special Drawing Rights and reallocation of unutilised SDRs to the developing countries.

“Recovery from the recession, as from the pandemic, must be inclusive and equitable,” he concluded. “We must break the shackles of poverty and inequality.”