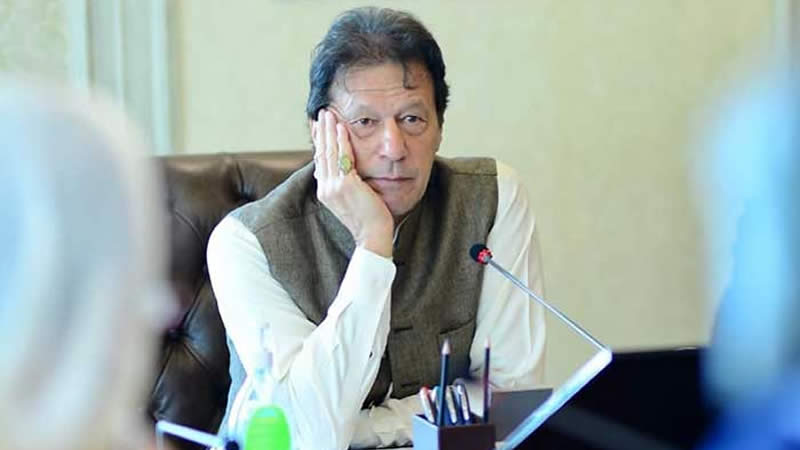 The government on Tuesday ramped up measures to control the second wave of Covid-19 pandemic in the country, with focus on strict adherence to the standard operating procedures (SOPs) and avoiding any return of lockdown in order to protect people’s livelihood.

Prime Minister Imran Khan, who chaired separate meetings of the federal cabinet and the National Coordination Committee (NCC) on Covid-19, emphasised that the country could not afford another closure of businesses.

After receiving briefing in the cabinet on the pandemic situation and reviewing the recommendations of the National Command and Control Centre (NCOC) in the NCC meeting, Imran stressed the need for caution in view of the emerging virus situation.

“The country cannot afford lockdown again,” Imran told the cabinet, after receiving briefings on the second wave of Covid-19 from Planning Minister Asad Umar — who also heads the NCOC — and his Special Assistant on Health, Dr Faisal Sultan.

Sticking to the policy of ‘smart lockdown’, the prime minister called for ensuring a balance between disease control measures and livelihood of the people and urged provinces to ensure implementation of the trace, test and quarantine (TTQ) and smart lockdown strategies.

The prime minister told the cabinet that caution was needed in view of the emerging coronavirus situation but stressed that the government would not shut down businesses so that the economy could continue to thrive.

At the NCC meeting, which was also attended by relevant federal ministers as well as senior officers, Imran endorsed the recent measures announced by the NCOC, including the wearing of face mask, reduced timings of markets, restaurants, marriage halls and enforcement of smart lockdowns.

All the chief ministers also attended the NCC meeting via video link. Imran, while appreciating efforts of the NCOC and all stakeholders for public safety and health, directed “the stakeholders to ensure a balance between disease control measures and livelihood of the people”.

The prime minister particularly directed for ramping up hospital care to cater to any rise in Covid cases, especially, the critical care equipment. He also directed the NCOC to formulate future course of action in consultation with the stakeholders and issue necessary guidelines.

He said that the government had adopted the comprehensive strategy for the early revival of local industry in the post-Covid-19 scenario. Due to such prudent strategies, he added, the economy was on path to rapid revival compared with other countries of the world.

Covid-19 first emerged in the country in February this year and hit a peak in mid-June. However, it started to decline in the following months but surged again in the last month, prompting the government to issue warning of the second wave.

Since last week, the number of single-day new cases had crossed 1,000 mark for the first time since the first week of August. According to the NCOC daily bulletin on Tuesday, 1,123 more people tested positive for the deadly virus during the last 24 hours.

The NCOC – which serves as the nerve centre of the government’s unified effort to control the pandemic – said that the total number of active cases rose to 13,242, while 12 Covid patients died. On Monday, the NCOC said that percentage of positive cases had risen to 4%.

Since the pandemic outbreak, a total of 335,093 cases were detected so far, it said, adding that around 315,016 people had recovered across Pakistan, making it a significant count with over 90% recovery ratio. As of Tuesday, the nationwide death toll stood at 6,835.

In the wake of the second wave and rising number of cases, the National Assembly Secretariat had been closed for three days from Wednesday (today), the administration wing of the secretariat announced on Tuesday.

According to an office order, the secretariat would remain closed until November 6 for disinfection purpose. “The secretariat will resume its functions on 9th November with 25% essentially-required staff,” it said, adding that the rest of the staff would remain available for duty on an hour’s notice.

The office order also said that the meetings of the standing committees of the National Assembly scheduled between November 6 and 9 had been cancelled. It added that SOPs for the committee meetings would be issued on November 9, 2020.

The office order emphasised that the employees having symptoms of Covid-19 should get themselves tested immediately and stay isolated till negative result. The employees have further been asked to observe Covid-19 SoPs during office hours.

The office hours to be observed with effect from November 9 will be 10 am to 3 pm from Monday to Thursday and 10 am to 1 pm on Friday, the office order said.