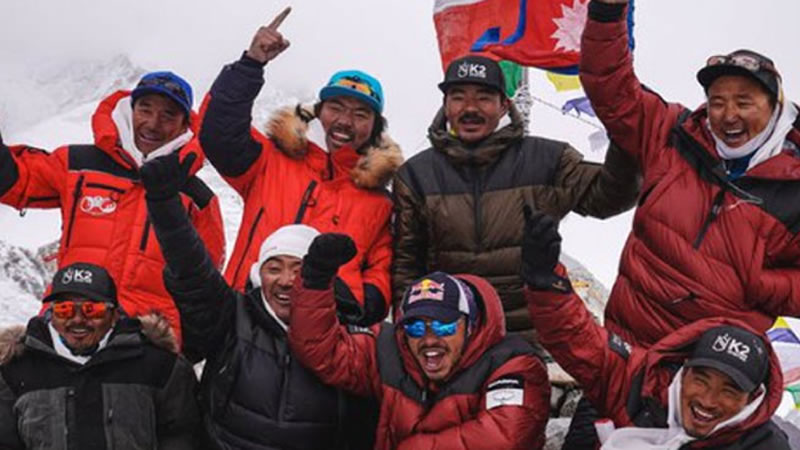 Pakistan felicitated on Sunday the team of Nepalese mountaineers for making history by reaching the summit of Pakistan’s K2, the world’s second highest mountain, in winter.

Calling the expedition as “one of the most coveted achievements in mountaineering,” the Foreign Office Spokesperson Zahid Hafeez Chaudhri wished the climbers a safe return from the peak.

“Pakistan: The ultimate destination of mountaineering,” the spokesperson remarked on Twitter.

Located on Pakistan’s side of Karakoram range, K2 is one of the world’s 14 tallest mountains – all higher than 8,000 meters – and is known as the world’s most dangerous and challenging peak.

The news of the team successfully ascending the peak was reported a day ago by a trekking company leading one of the expeditions.

Since the maiden attempt in 1987-1988, just a handful of winter expeditions have been attempted on the storied 8,611-metre (28,250-feet) mountain in the Karakoram range along the Chinese border.