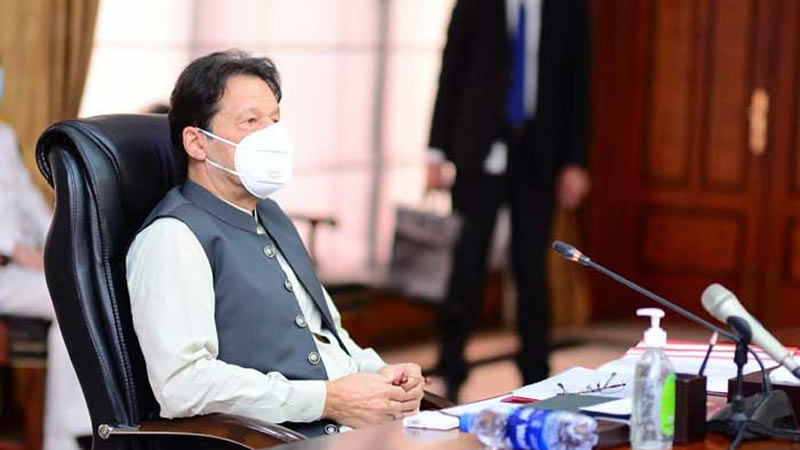 Prime Minister Imran Khan said on Sunday the government would announce a special package for farmers “very soon” as a sub-committee of the cabinet was formulating proposals on the subject.

In a meeting with the members of National Assembly from South Punjab, he said the previous governments ignored south Punjab and discriminated against the people of the region with regard to provision of education and health and employment opportunities.

The meeting, which focused on the south Punjab secretariat and special package for farmers, was attended by Special Assistant to the PM on Political Affairs Malik Amir Dogar and MNAs Aurangzeb Khan Khichi and Nur Mohammad Khan Bhabha.

Mr Khichi presented a proposal for establishment of a cadet college in Vehari.

During a meeting with MNAs Salim Rehman and Bashir Khan from Swat and Dir, the prime minister was briefed on employment opportunities for the locals during the construction of dams in Dir.

The prime minister was also apprised of public issues and efforts for their resolution, besides progress on education and health projects in Swat.

PM Khan was informed that smuggling of petroleum products, food items and other products causes a revenue loss of $3.4 billion to the government every year.

An insider told Dawn that the prime minister was given a briefing on smuggling of oil and essential items in a meeting held a couple of days ago.

According to official estimates, the annual quantum of smuggling is about $7bn. “Because smuggling is outside of the government’s tax net, it is causing a loss of about $3.4bn in revenues to the country,” the meeting was told.

The prime minister while chairing the meeting discussed the way forward to curb the menace and was informed that oil smuggling alone was inflicting an annual loss of around Rs100bn to Rs150bn to the government.

Mr Khan directed the relevant authorities to take strict action against those involved in smuggling and said his government was the first one which had approved national anti-smuggling and border management strategies, strengthened human resources of the Customs to improve its capacity to check smuggling, established special anti-smuggling units to man the long and porous Pak-Afghan border and Model Customs Collectorate (Preventive) in Quetta.

The prime minister was quoted as saying during the meeting: “Smuggling is not confined to petroleum products but our markets are flooded with all sorts of smuggled goods that has dealt a major blow to our local industries. The smuggling of food items out of country also poses a threat to our food security.”

“When smuggling overtakes a functioning economy, it creates instability, discourages business and investments from coming into the area and most of smuggling profits also go back to the crime syndicate to fund more illegal activity. This creates a rise in crime and can affect tourism, among other things,” the prime minister said.

He said the government’s anti-smuggling efforts were heading in the right direction and would go a long way in further stabilising the economy. “It is our commitment to significantly bolster the country’s tax collection to take forward the country on the path of sustainable development and checking smuggling will definitely give impetus to our efforts towards that direction, including documenting the economy and bringing more people to the tax net,” he added.

The prime minister said tightening the noose around the smugglers would help revive the local industries which earlier had become dysfunctional due to availability of cheap smuggled goods. “Promotion of local industries will not only further enhance the country’s exports but also create enormous job opportunities for the youth,” he hoped.