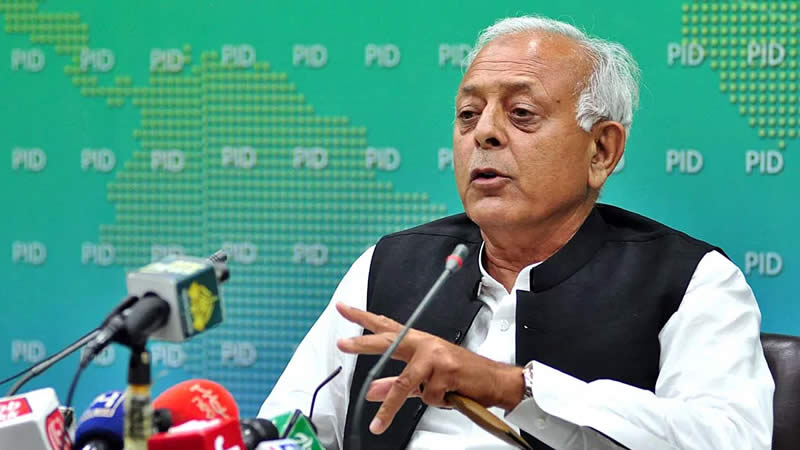 Federal Mi­­nis­­ter for Avia­tion Ghulam Sarwar Khan claimed on Monday that there was Indian lobby’s conspiracy behind the seizure of the Pakistan Inter­national Airlines (PIA) passenger plane in Malaysia last month.

Malaysian authorities held back the PIA plane on Jan 15 due to a British court case over the jet’s lease. The plane, however, returned to Pakistan on Friday.

Answering questions of reporters in Taxila, the minister accused the previous Pakistan Muslim League-Nawaz (PML-N) government of acquiring planes for PIA from a foreign firm at higher than the market value. He said the previous government’s adviser on aviation, Shujaat Azeem, allegedly tried to grab kickbacks in the lease deal of the plane. Mr Azeem, he added, was “controlled” by some Indians.

He said the lease of the said plane expired in July last year and the government had decided not to extend it.

Meanwhile, PIA on Monday issued new directives for its cabin crew after another flight crew member went missing during the last two days soon after the PIA flight landed in Toronto.

The move by the general manager flight services came after another crew member, this time an airhostess who was among the crew members of PIA flight PK797 from Karachi to Toronto, went missing in Canada on Jan 31.

This was the second such incident during as many days.

PIA issued new stan­dard operating procedures (SOPs) for its crew members that included confiscation of their passports on arrival aboard to check the incidents of slipping away of the staff in other countries.

“Cabin crew passports will be kept in the safe custody of the station manager. They should be collected on arrival after immigration and customs formalities and should be returned at the time of check in on departing flights,” a statement issued by PIA in Rawalpindi said.

The GM flight services further directed: “Hotel security will be activated to ensure that everyone checks in on arrival. Any shortfall should be immediately reported by the hotel staff.”

Due to the pandemic situation, cabin crew movement should be restricted and no one should be allowed to stay out of hotel premises at night, the directives said.

A PIA spokesperson confirmed that there had been two recent incidents of cabin crew missing in Canada after which the matter had been reported to Canadian immigration authorities.

He said there was no contact with the crew members who were reported missing in Toronto.

Earlier on Friday, a flight steward of PIA reportedly went missing in Canada soon after the airline’s flight PK-798 landed in Toronto.