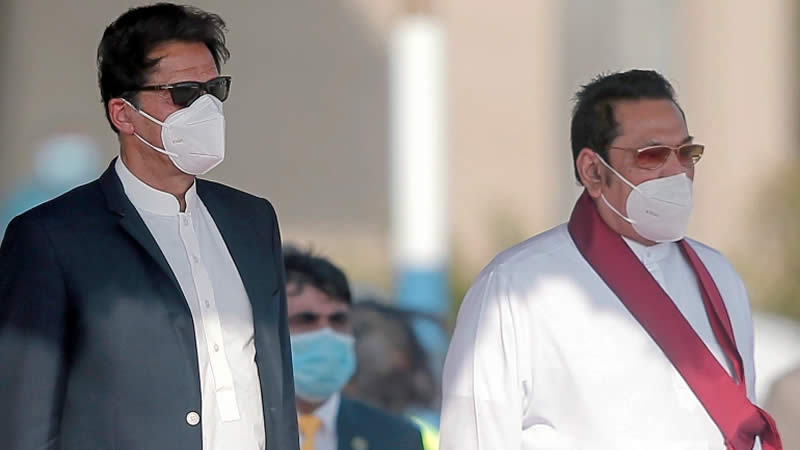 Prime Minister Imran Khan has said that his visit to Sri Lanka will strengthen the bilateral relationship and trade ties between the two countries.

He was speaking to the press after a one-on-one meeting with his Sri Lankan counterpart Mahinda Rajapaksa in Colombo.

“Pakistan is part of the Belt and Road Initiative of China,” the Pakistan premier said. “I have asked my delegation here to find ways and means where we can enhance… connectivity right up to Central Asia for Sri Lanka.”

The two premiers discussed the areas wherein they could enhance their trade ties and the means for Sri Lanka to benefit from Pakistan’s connectivity, he said.

PM Khan said Pakistan and Sri Lanka both faced the scourge of terrorism and now the two countries were facing the coronavirus pandemic.

“The developed world right now should not be insular,” he said. “They must realise that this is a problem which has inflicted everyone, but it has hit the poor countries more.”

The Pakistan premier said he discussed with his Sri Lankan counterpart how they could jointly work on getting debt relief for poor countries.

The signing ceremony was held in Colombo on Tuesday in the presence of the heads of the two countries.