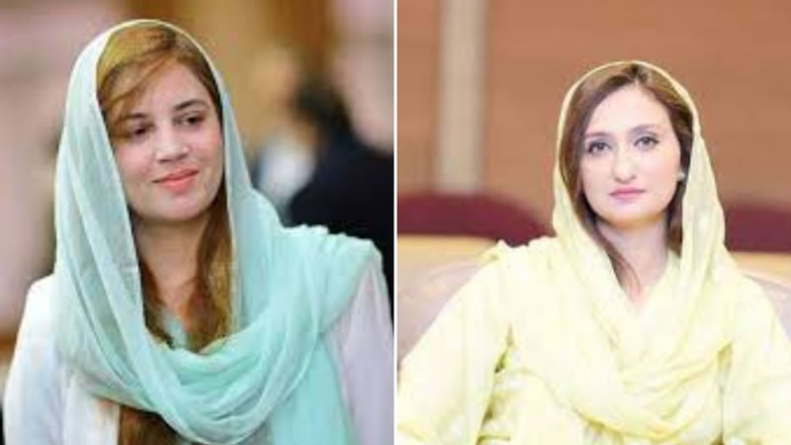 Liberally corrupt dare not to be leader, representatives of our women, says Zartaj Gul

Women lawmakers belonging to ruling Pakistan Tehreek-e-Insaf (PTI), in a sharp rejoinder, came down hard on opposition parties and the ‘liberal brigade’ on social media on Tuesday for mercilessly criticising Prime Minister Imran Khan over his controversial statement on women’s dressing.

In an interview on HBO – aired on Axios’ website on Sunday – interviewer Jonathan Swan had asked if the PM thinks what women wear has any effect on the temptation that leads to rapes, the premier replied, “If a woman is wearing very few clothes, it will have an impact on the men, unless they’re robots. I mean it is common sense.”

Confused, Swan rephrases his question, “But is it really going to provoke acts of sexual violence?” Maintaining his stance, PM Imran proceeded to elaborate, “It depends on which society you live in.”

He added that: “If in a society people haven’t seen that sort of thing, it will have an impact [on them]. Growing up in a society like yours, maybe it won’t impact you. This cultural imperialism… whatever is in our culture must be acceptable to everyone else.”

The state minister firmly rejected the criticisim, accusing the prime minister for tainting the image of the victims bearing sexual violence.

Gul said the “liberally corrupt goons” should not dare to be the leader and representative of our women. There had been repeated efforts made by the “liberal brigade” to distort Prime Minister Imran’s strong efforts made to project a positive and progressing image of the country, she added.

“Prime Minister Imran Khan is the genuine symbol of women empowerment as for the first time in the country’s history, five women parliamentarians have been made cabinet members… along with them 12 parliamentary secretaries are women including Maleeka Bukhari, Kanwal Shauzab and Aliya Hamza Malik who represent their ministries in the parliament,” she said.

Gul stressed that women like her were proud to be called a Pakistani women observing Islam as their faith. “My religion and culture give me respect and we are believers of women rights that are enshrined in the teaching of Islam. Islam gives me freedom and liberty and I am proud to have it,” she maintained.

The PTI leader noted that the country’s culture had numerous precedents of respecting women where men respectfully leave spaces vacant in long queues and crowded places. “Prime Minister Imran Khan is seriously concerned about women and girls and wants to ensure all possible facilities and protection to them against sexual violence,” she said.

PTI was the only party after the Pakistan Movement that mobilised women across the country, she said.

“I am a clear example in this regard… I was elected as a parliamentarian from a feudal tribal society and became the cabinet member. This was only possible due to strong political support and backing of Prime Minister Imran Khan,” Gul stressed.

Maleeka Bukhari, speaking on the occasion, said Prime Minister Imran’s first direction to the Ministry of Law and Justice was to enact laws for reducing sexual violence and discrimination against women.

“You cannot decide prime minister’s priorities for women by just interpreting only one of his statements and that too out of context.”

Bukhari highlighted that the premier had directed to set up special courts under the Anti-Rape Law passed by the parliament, which she said was never done by any previous regimes.

She added that rape was a non-compoundable and complex offence against the state and the PTI government had established joint investigation teams (JITs), Anti-Rape Crisis Cells and Special Courts under the Anti-Rape Law.

“Under the Section-13 of the Anti-Rape Law, the regrettable law of two finger testing to examine a rape victim has been abolished. Women’s character assassination has also been banned under this law whereas the trail process of such cases has been expedited,” she said.

Bukhari noted the Anti-Rape Fund established to support implementation of the legislation was allocated Rs100 million funding in the current budget.

“Our government has passed Enforcement of Women Property Rights and ensured a grass roots level implementation through the Deputy Commissioner and Women Ombudsman. We took strong and positive steps for ‘curing’ rape,” she added.

Maleeka Bukhari collectively invited all political parties in the parliament to partake in a national dialogue with a bipartisan approach to protect women and girls against sexual violence.

She concluded that there was a fancy word making rounds on social media with the aim to show distorted facts over the matter which should be shunned by the masses as a responsible society.

This author has not added a biography. Meanwhile Top has contributed 3141 posts. Click here to view them.