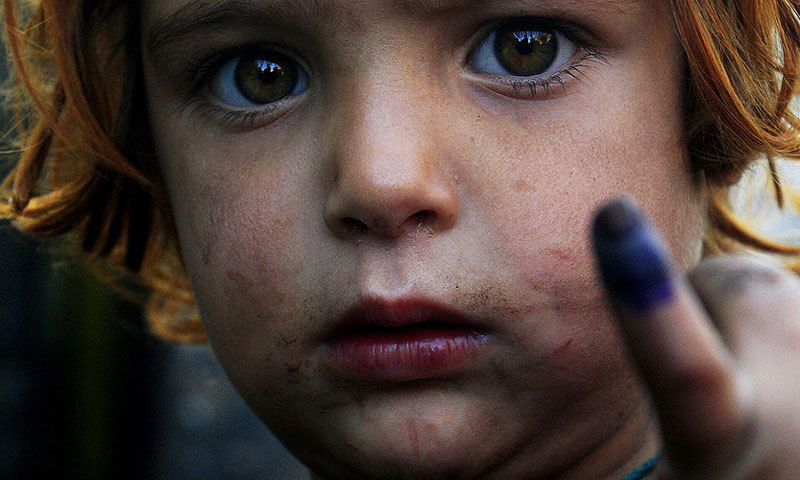 Health teams will Sunday launch a drive to vaccinate some 750,000 children in the troubled northwest, with thousands of police guarding against attacks by militants who claim the polio campaign is a front for spying. The campaign in Peshawar district, which covers Peshawar city and dozens of towns and villages, is the ninth phase of a push to eradicate polio in Pakistan, which along with Nigeria and Afghanistan are the only countries where the disease remains endemic. The World Health Organization has warned that Peshawar is the world’s “largest reservoir” of polio. “At least 750,000 children will be administered the vaccine in Peshawar district where 335,000 houses have been identified for the purpose,” campaign organiser Yunus Zaheer told AFP on Saturday. The campaign, which started early February, will continue until the end of April.

Vaccinators go door-to-door every Sunday across Peshawar district to administer drops to children for various diseases including polio, tuberculosis, tetanus, pneumonia, whooping cough, measles and hepatitis. Zaheer said more than 6,200 teams comprising 12,500 workers have been set up to administer the vaccines, adding 6,700 police officials would be deployed on security duty during the campaign.

He said the campaign is likely to be extended to other districts of Khyber Pakhtunkhwa province later. A senior local administration official, Zaheerul Islam, also confirmed the details of the campaign. According to the WHO, Pakistan recorded 91 cases of polio last year, up from 58 in 2012. Pakistan’s failure to defeat polio stands in stark contrast to its neighbor India, which recently celebrated the eradication of the disease three years after its last case.

Some 56 people including health workers and police officials providing security have been killed in militant attacks on polio vaccination teams in Pakistan since Dec 2012. Militant groups such as the Pakistani Taliban oppose the immunization drive, saying it is a cover for US spying. Violence, and the threat of it, have badly hampered the campaign to stamp out polio in Pakistan. -Dawn

Smartphone Market to Double Next Year