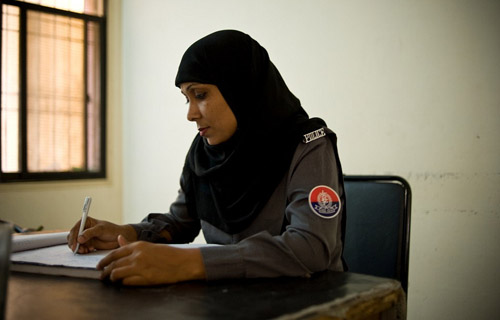 Khyber Pakhtunkhawa Chief Minister Pervez Khattak has announced that women police desks would be established at all 500 police stations of the province to facilitate the province’s female population. Speaking at a ceremony in the provincial capital city, Pervez Khattak announced the establishment of Model Police Stations at Gulbahar, Faqirabad and University Town areas under a pilot project which would be later extended to other police stations across the province. The chief minister also announced the establishment of jury or jirga system at the model police stations. The system is to comprise of three independent individuals from the relevant area to settle local disputes before the registration of any FIR or case.