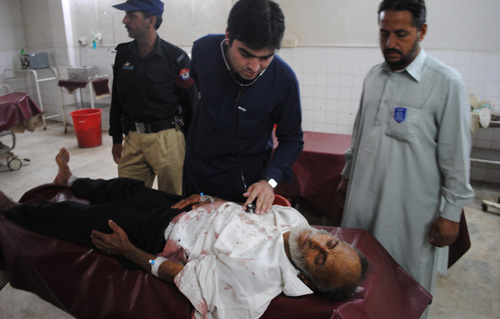 At least five people were killed and eight others wounded on Friday when unidentified gunmen opened fire at a vehicle in Swabi’s Yar Hussain region.

The deceased and the injured in the attack all belonged to the same family. The victims also included women and children. Station House Officer (SHO) Aijaz Khan confirmed the number of deaths in the incident. He added that these people were going from Swabi to Peshawar airport to accompany a relative, who was leaving for Saudi Arabia before the attack occurred. Police personnel and rescue teams immediately reached the site of the incident and began shifting the victims to a nearby hospital. -reliefweb