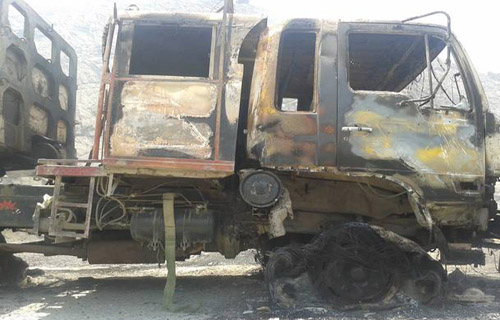 At least six people were injured on Monday when a Nato container was attacked by unidentified gunmen on the Pak-Afghan Highway in the Khyber tribal region.

The two nearby vehicles were also damaged as a result of the incident. According to official sources, the militants open fired at a Nato container and injured the driver of the vehicle following which the Khasadar forces personnel retaliated. The security forces and rescue teams immediately reached the site of the incident and cordoned off the area. The injured were shifted to a nearby hospital.