Fata Bank Plan Off the Back Burner 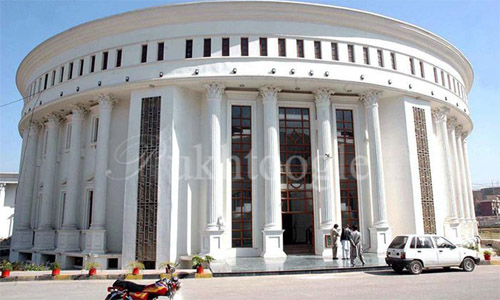 Fata Bank Plan Off the Back Burner

The plan to establish an investment financial institution in the Federally Administered Tribal Areas went off the back burner on Thursday almost one and a half year after its approval.

Khyber Pakhtunkhwa Governor Sardar Mehtab Ahmad Khan was briefed on the feasibility of establishment of the first-ever investment financial institution in the tribal areas, according to a handout issued here.

The Fata Investment Facilitation Authority had formally begun work on the plan and it was decided that the proposed bank would be established on the pattern of the Bank of Khyber, Sindh Bank and Punjab Bank. However, the plan was later put on the back burner. According to the handout, Grant Thorton, a consultancy firm, presented a report on the plan. The firm was selected to execute the plan after a very transparent process. The representative of the firm presented case studies of the existing financial institutions in the country and floated different options on the matter. It also showed a SWOT analysis of the available options. Based on those options, it was recommended that a development financial institution with the licence for SME banking could be the most viable option available to policymakers.

The governor while agreeing with the recommendation expressed the desire that the proper business profiling should be conducted in terms of untapped Fata potential. He also said at the same time, the lessons learned from the operations of Bank of Khyber should be kept in mind.

The governor gave a historic overview of different development financial institutions in the country and said the cause of the failure of those institutions should be kept in mind. He also gave a way forward on the matter and directed the authorities concerned to produce a final report in three months. The governor formed a consultative group comprising the law and order secretary, administration and infrastructure secretary and financial expert Saeed ur Rehman to interact with the consulting firm on the plan.