Blast in Peshawar Kills two Security Men, Wounds As Many 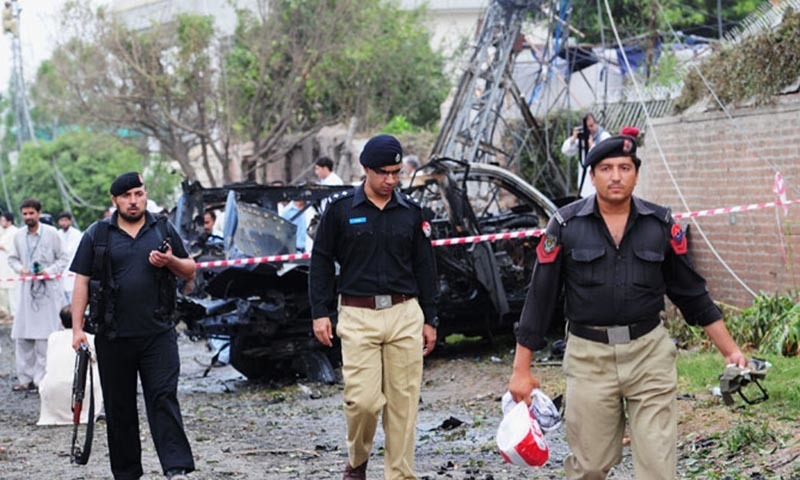 An explosion targeting a security forces’ vehicle killed two and wounded as many on Warsak Road in Peshawar’s Mathra Bazaar area on Friday. SP (Rural) Shakir Bangash told Dawn that the bomb which was planted on a motorcycle, was remotely detonated as a security forces’ pick-up truck passed by it.

He added that four to five kilograms of explosive material was used in the blast, police sources said. Security and rescue teams reached the blast site and shifted the victims to a nearby hospital.

Peshawar is the capital city of Khyber Pakhtunkhwa province and lies on the edge of Pakistan’s tribal areas which were known as Al Qaeda and Taliban infested areas. The city has seen frequent attacks by militants in the past few years, with targets ranging from civilians to policemen and other law enforcement personnel.

Obama to illegal Immigrants: 'You can Come out of Shadows'