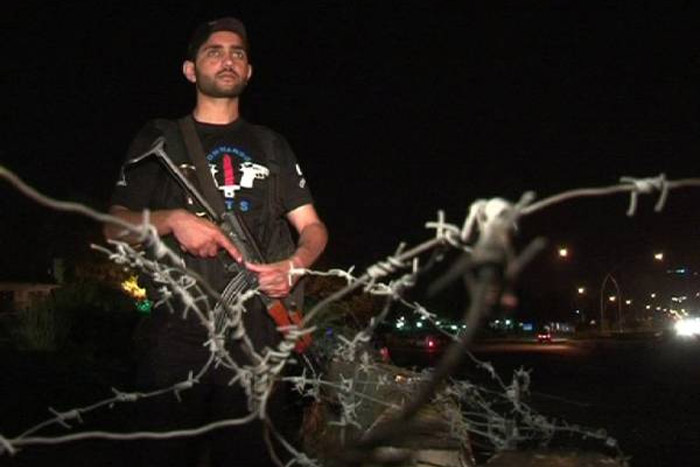 Pakistan’s security agencies late on Sunday night picked up a suspect for his alleged involvement in Peshawar army school massacre.

Alleged terrorist/facilitator, Mohammad Arshad, landed in the hands of agents after a raid on a house located in Mohallah (neighbourhood) Khursheed Abad here. A laptop, a couple of mobile phones, maps, etc were seized by the intelligence agencies’ personnel after a thorough search of the suspect’s quarters. Later, Arshad, who faces the charges of facilitating the schoolchildren slaughter, was taken away to an unknown location for interrogation. It is noteworthy that Arshad’s brother-in-law (his sister’s husband), who goes by the name of Mohammad Ashfaq, is also suspected to be one of the dozens of accomplices/abettors in Peshawar attack. Not long ago, when police went after him for his having more than just ‘hand’ in Islamabad Marriot Hotel attack, Ashfaq, escaped to Afghanistan along with his wife. The fugitive terrorist is said to be actively operating from across the porous Pakistan-Afghanistan border, which allows his ilk to freely shuttle between the two countries.

Meanwhile hundreds of suspects were rounded up in search operations around the country. According to sources at least 247 including Afghan nationals were held from Islamabad alone. Moreover, dozens of similar arrests were also made in Peshawar. Earlier authorities claimed making several arrests in the case of the Taliban attack that killed 148 in Peshawar. “Quite a few suspects who were facilitators in one way or the other have been taken into custody,” Interior Minister Chaudhry Nisar Ali Khan said, adding that the interrogations were “moving ahead in a positive manner.” He did not disclose their identities or say how many they were. Seven Taliban gunmen wearing explosives belts stunned the world on Tuesday by storming into the military run school and slaughtering 148 people, including 132 students.

Another nearly 121 students were wounded in the ensuing eight-hour siege of the school, located in an area where many military families live. The group claims it fights to establish a ruling system based on its own harsh brand of Islam. It has killed thousands over nearly a decade. The Taliban say they attacked the school in revenge for an army operation against them in North Waziristan, launched in mid-June. The army says it has so far killed over 1,200 militants in the operation. The government bombed the militants’ hideouts in country’s tribal area along the Afghan border in response, and also lifted a ban on the execution of convicted terrorists. Over the weekend, it executed six men convicted on terrorism charges.—SAMAA