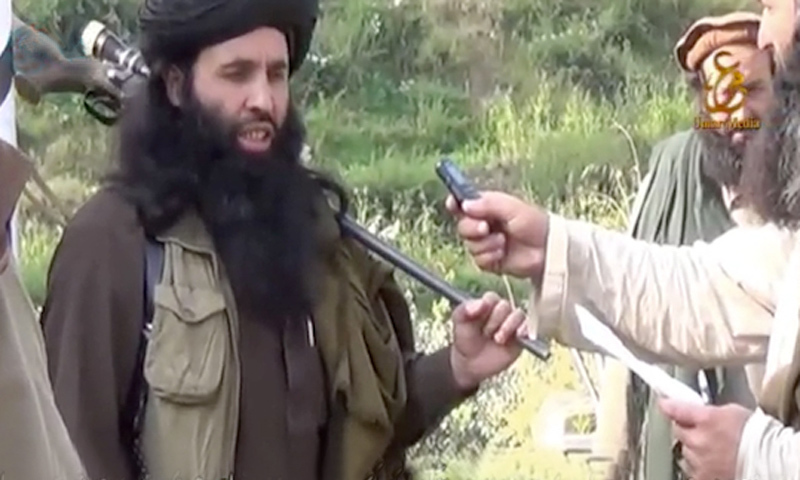 Rattled by the growing consensus in the country on taking firm action against militant groups to eradicate terrorism, the absconding chief of the outlawed Tehreek-i- Taliban Pakistan (TTP), Mullah Fazlullah, has threatened to go after government leaders and senior members of the ruling PML-N. In a video message released to the media, apparently recorded at his hideout somewhere in Afghanistan, he said that “from now” the PML-N “is our target”. About 800 leaders and workers of the Awami National Party have been killed in Khyber Pakhtunkhwa, the Federally Administered Tribal Areas and other parts of the country during the past few years.

ANP chief Asfandyar Wali Khan escaped narrowly a suicide attack at his residence in October 2008. Mullah Fazlullah, who is reportedly hiding in Afghanistan’s Kunar province, appeared quite perturbed at the government’s decision of ending the moratorium on death penalty and hanging a number of convicted terrorists.

He also accused the media of not covering what he described as killing of innocent people during the military operations in Fata. The video also shows the aftermath of some of the air strikes in Khyber Agency. However, it was not possible to independently verify the authenticity of the footage.

The Pakistan Army has stepped up its operation against the armed militants in North Waziristan and Khyber Agency since last month’s dastardly attack on the Army Public School in Peshawar in where more than 140 children were massacred by TTP gunmen. The anger and outrage resulting from the massacre has led to a consensus in the country in which almost all political parties have joined hands with the government and the army to go all-out against the banned groups which they believe were waging a war against Pakistan.