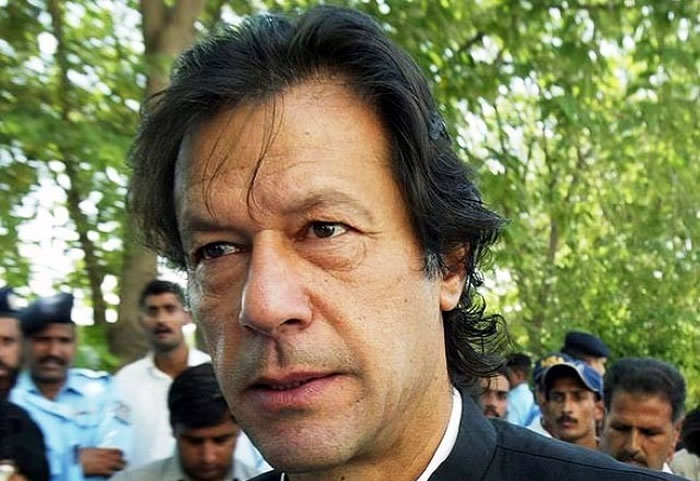 As the controversies surrounding last week’s local government elections in Khyber Pakhtunkhwa deepen, the provincial ruling party Pakistan Tehreek-i-Insaf (PTI) is finding it difficult to respond in an effective manner.

Perhaps this was why a visibly perturbed PTI chief offered on Tuesday to hold re-elections if the contesting political parties and Election Commission of Pakistan (ECP) believed his party had influenced the outcome of the polls through unfair means.

“Let the ECP decide. If the commission says all of KP needs re-elections, the PTI is ready for that. If the ECP says re-polling is required in a certain number of polling stations, I have no problem with that either,” Imran Khan told media personnel gathered outside the Supreme Court. However, in the same breath, Mr Khan insisted that conducting free and fair elections in a peaceful manner was the ECP’s responsibility which, he said, “I have heard the commission is shifting to the KP government.” On Monday, an ECP press statement clarified that it had offered to hold the local government elections in phases, which the KP government refused. The ECP also held the KP government responsible for failing to maintain law and order during Sunday’s polls. But KP Chief Minister Pervez Khattak and Imran Khan blamed the widely-reported incidents of electoral mismanagement and violence on the ECP. Claiming victory in the elections, the PTI chief said that many of his party’s supporters couldn’t vote owing to a paucity of time and the inefficiency of polling staff.

In case fresh elections were held, he said, his party would further strengthen its position in the province. Unhappy with the poll-rigging accusations being hurled at the PTI, particularly by coalition partners Jamaat-i-Islami (JI), Mr Khan said, “All parties have joined hands against the PTI, but we have won the elections and we will do it again if they insist on re-elections.” Although all mainstream political parties which participated in elections have accused the ruling PTI of influencing the results, JI’s rather direct attack on the KP chief minister, accusing him of being directly involved in rigging, has been taken seriously by Mr Khan. On Monday, the JI’s Peshawar chapter held CM Khattak responsible for rigging and demanded re-elections in all councils of the capital city. Mr Khan also took National Database and Registration Authority Chairman Usman Mobeen to task for allegedly misleading the election tribunal hearing his petition in the NA-122 case.