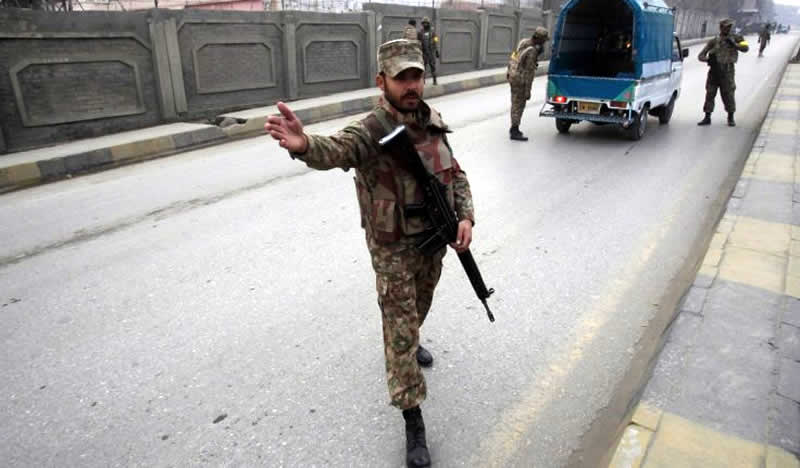 Bajwa said two security forces personnel were injured in the exchange of fire, one of whom has been identified as Major Haseeb of the Quick Reaction Force (QRF). He was evacuated to Combined Military Hospital (CMH) Peshawar, Bajwa said. Rescue sources, however, say 22 people have been injured, out of whom 20 have been shifted to CMH Peshawar and two have been taken to Lady Reading Hospital. An emergency has been declared in both hospitals. The attack was carried out by a group of seven to 10 terrorists, the DG ISPR said.

Eyewitnesses claim they saw around six to seven terrorists dressed in black militia uniforms wearing white shoes. Following the attack, a heavy contingent of the QRF reached the spot. An exchange of fire between the militants and security forces took place. The Khyber Pakhtunkhwa police have cordoned off the area. Tehreek-i-Taliban Pakistan spokesperson Muhammad Khurasani claimed responsibility for the attack in an email sent to journalists. The DG ISPR said terrorists attacked the guard room at the camp early in the morning. The QRF reached the scene and surrounded the attackers, isolating them.