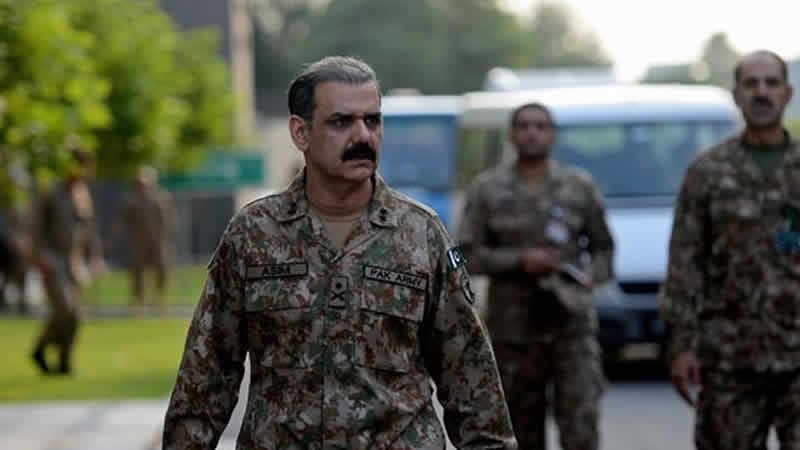 The head of the military’s media wing said on Tuesday that Pakistan Army had never pointed fingers at anyone without concrete evidence.

DG ISPR Asim Bajwa made the remarks while speaking to journalists after an operation and security review meeting at Corps Headquarters Peshawar. Chief of Army Staff General Raheel Sharif was also present at the meeting. He said major operations under Zarb-e-Azb had been completed. Militant camps and hideouts along the Pakistan-Afghanistan border region in Rajgal area have been cleared, Bajwa said.

The DG ISPR said 14 militant attacks have been averted by Pakistani forces over the last few months. Commenting on the measures taken to ensure effective border management, Bajwa said 20 checkposts had been established and and occupied by the Frontier Corps. This will control cross border movement, he said. “Border management will only be effective if Afghanistan also plays a responsible role,” Bajwa said.

Intelligence-based operations (IBOs) and combing operations have contributed to better safety, security and law and order nationwide, he said. Major breakthroughs in this regard have been made as a result of IBOs, the DG ISPR revealed. On being questioned about the security situation along the border with India, Bajwa said, “Our soldiers are firmly established at the eastern border and are closely monitoring all developments. We are fully prepared to respond to any attack.”

The entire group that orchestrated the Warsak Christian colony attack has been busted, he said. Bajwa later presented the four men who had facilitated the attack before newsmen. The network behind the Mardan bombing that left 12 dead– has also been busted,” Bajwa added. He said the group had also been planning to execute attacks across the city’s police lines and district courts.