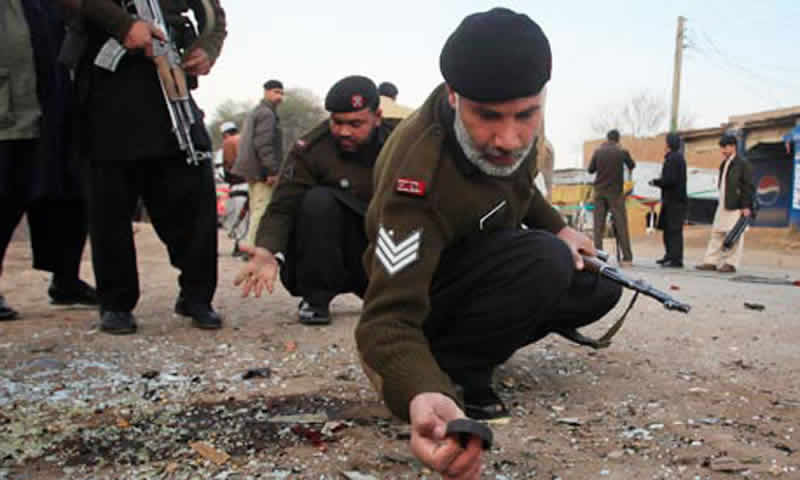 At least four people including three personnel of levies were martyred and three others were injured in a suicide attack at residential colony in Ghalanai Tehsil, the headquarters of Mohmand Agency on Wednesday morning.

As per details, one suicide bomber blew himself up outside the office of local political administration when security officials tried to stop him. Another attacker was shot in an exchange of fire with levies personnel. The bodies and injured persons have been shifted to Agency Headquarters Hospital in Ghalanai. Earlier, army’s media wing, the Inter Services Public Relations (ISPR), reported that a major terror bid was foiled in the Mohmand tribal region near the Afghan border. Security agencies had the intelligence about intrusion of suicide bombers from Afghanistan inside Mohmand Agency, ISPR stated. “One suicide bomber blew himself up once spotted and challenged by security agencies at the gate of political agent’s office while other was shot by the sentries at the gate,” the statement added.

Search operation was launched in the area soon after the incident. Mohmand Agency is one of seven such semi-autonomous districts where the military has been battling Al-Qaeda and Taliban-linked militants for over a decade. The attack took place a day two days after a suicide bomber killed thirteen people and injured  more than 80 outside Punjab Assembly on Lahore’s Mall Road.