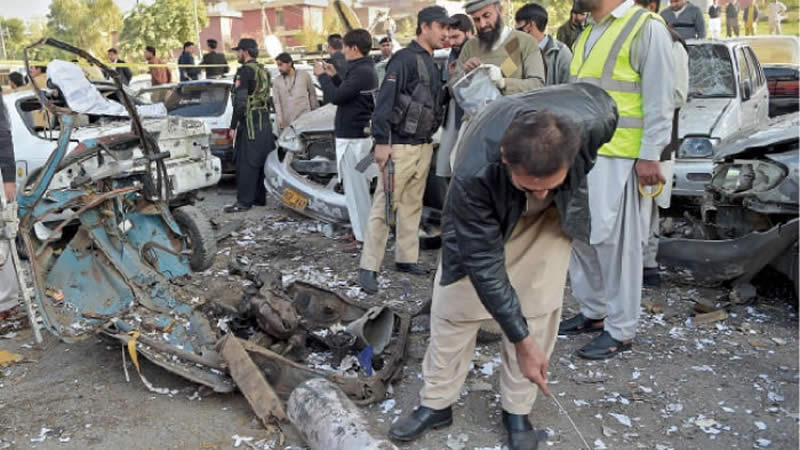 Three people including two policemen were injured in a bomb blast on Peshawar’s Ashraf Road on Monday morning.

According to police, the five injured were not critically wounded. Explosive material was tied to a pole which caused the explosion.

The injured were shifted to Lady Reading Hospital for treatment. Law enforcement agencies arrived at the blast site and cordoned off the area.