Membership of 70 lawmakers to be Suspended 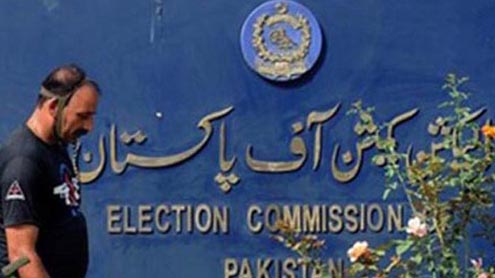 ISLAMABAD: The Election Commission of Pakistan (ECP) is set to suspend the membership of 70 legislators, including 23 members of the National Assembly and Senate, for their failure to submit statements of their assets and liabilities as required under the law, Dawn has learnt.

Sources in the ECP said a notification in this regard was likely to be issued on Monday (today). After issuance of the notification, copies of which would be sent to speakers of the provincial and national assemblies and chairman of the Senate, the suspended members will not be able to participate in the proceedings of their legislatures.The sources said that some 70 lawmakers had not submitted the details of their assets till Oct 14, the last working day before Eid holidays.

They said the members still had a chance to get their names removed from the dreaded list by submitting the statements before issuance of the notification on Monday. They were required to submit the statements of assets and liabilities of their own, their spouse and dependents by Sept 30 as required under the Representation of the People’s Act, 1976.

Then they were given an unofficial “grace period” of 15 days which ended on Oct 15. Of the 70 lawmakers, 19 are MNAs, four senators, nine MPAs from Punjab, 11 from Sindh, 22 from Khyber Pakhtunkhwa and five from Balochistan. The four senators who are yet to meet the legal requirement are former interior minister Rehman Malik, former Karachi nazim Syed Mustafa Kamal, Islamuddin Shaikh and firebrand PPP leader Faisal Raza Abidi.Other legislators whose membership can be suspended include Dr Azra Fazal, the sister of former president Asif Ali Zardari, Sindh Minister for Local Government Awais Muzaffar and MNA Nauman Islam Sheikh, Usman Khan Tarrakai, Shehryar Afridi, Abdul Rehman Khan Kanju and Moulvi Agha Mohammad.

Under the law, the ECP is bound to suspend the membership of those who fail to meet the mandatory requirement “within the specified period” which ended on Sept 30. But, according to legal experts, the ECP has violated the provision by not issuing the notification so far. Over the years, it has become a convention to take the issuance of the notification to the last date of submission of the statements and even beyond that and using the intervening period as an undeclared grace period. Over 450 lawmakers — including Prime Minister Nawaz Sharif, two chief ministers and several federal and provincial ministers — had missed the Sept 30 deadline, but the number came down to 70 by Oct 14 — thanks to the ‘grace period’. -Dawn