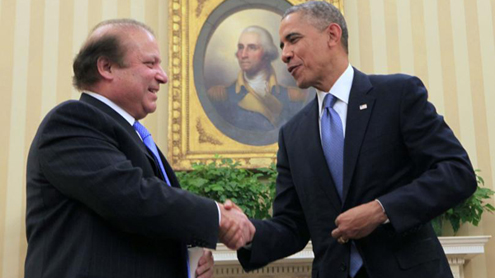 Despite repeatedly denouncing the CIA’s drone campaign, top officials in Pakistan’s government have for years secretly endorsed the programme and routinely received classified briefings on strikes and casualty counts, according to top-secret CIA documents and Pakistani diplomatic memos obtained by The Washington Post.

The files describe dozens of drone attacks in Pakistan’s tribal region and include maps as well as before-and-after aerial photos of targeted compounds over a four-year stretch from late 2007 to late 2011 in which the campaign intensified dramatically. Markings on the documents indicate that many of them were prepared by the CIA’s Counterterrorism Centre specifically to be shared with Pakistan’s government.

They tout the success of strikes that killed dozens of alleged al Qaeda operatives and assert repeatedly that no civilians were harmed. The Post report states Pakistan’s tacit approval of the drone programme has been one of the more poorly kept national security secrets in Washington and Islamabad. During the early years of the campaign, the CIA even used Pakistani airstrips for its Predator fleet. But the files expose the explicit nature of a secret arrangement struck between the two countries at a time when neither was willing to publicly acknowledge the existence of the drone programme. The documents detailed at least 65 strikes in Pakistan and were described as “talking points” for CIA briefings, which occurred with such regularity that they became a matter of diplomatic routine.

The documents are marked “top ­secret” but cleared for release to Pakistan. A CIA spokesman declined to discuss the documents but did not dispute their authenticity. The Washington Post quotes Aizaz Ahmad Chaudhry, the spokesman for the Foreign Ministry, as saying that his government does not comment on media reports that rely on unnamed sources. But Chaudhry added that Prime Minister Nawaz Sharif, who took office in June, has been adamant that “the drone strikes must stop.” “Whatever understandings there may or may not have been in the past, the present government has been very clear regarding its policy on the issue,” Chaudhry said. “We regard such strikes as a violation of our sovereignty as well as international law. They are also counter-productive.”

Chaudhry said Pakistan’s government is now unified against US drone strikes, which are deeply unpopular within Pakistan, and has made its disapproval clear to senior US and United Nations officials. There was no immediate comment from Pakistan’s military or intelligence service, but the Post report quotes Talat Masood, a retired general, as saying that the revelation that Pakistan’s government was well-informed about the drone programme will likely “put cold water on the hype” within Pakistan over the issue. -Dailytimes