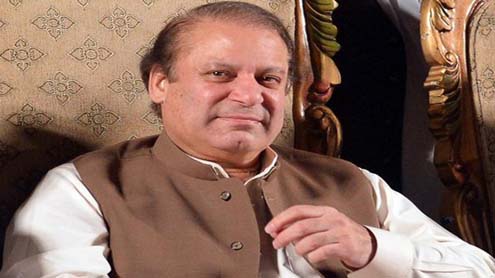 Prime Minister Muhammad Nawaz Sharif on Monday arrived the United Kingdom, on a three-day visit to participate in the 9th Meeting of the World Islamic Economic Forum (WIEF).

The Prime Minister was accompanied by his advisor on National Security and Foreign Affairs Sartaj Aziz. The Forum, established to enhance the economic well-being of the people of Muslim nations and communities aims at increasing their trade and business opportunities amongst them and the world at large.

The Prime Minister will address the opening session of the Economic Forum on October 29 and apprise the Forum of his Government’s priorities particularly in the economic field.He will also share the steps it was taking to create business and investment opportunities and will discuss matters relating to fostering greater economic cooperation and collaboration amongst Muslim countries and with the rest of the world.

The Prime Minister will avail the opportunity to meet senior Muslim leaders attending the Conference. He will also attend a trilateral meeting with Prime Minister David Cameron and Afghan President Hamid Karzai. Senior members of the British Cabinet will also call on the Prime Minister, including Foreign Secretary William Hague, Home Secretary Theresa May and International Development Secretary Justine Greening. Matters relating to Pakistan-UK bilateral relations and issues specific to the portfolios of the UK dignitaries will be discussed in the meetings. – App