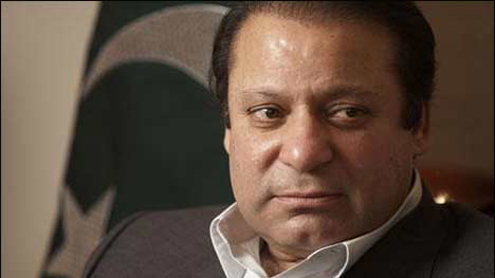 Federal Minister for Information and Broadcasting Pervaiz Rashid Sunday said the visit of Prime Minister Nawaz Sharif to Kabul would help restore peace in the region.

The decisions taken by the Prime Minister and Afghan President Hamid Karzai regarding peace and cooperation would  help promote economic activities in the region, he added.Talking to newsmen here at Nissapur, he said Pakistan wanted to adopt a policy of mutual cooperation for the regional development and economic stability. It desired friendly relations with neighbouring countries.

The minister said the Prime Minister would soon visit Russia to strengthen the relations between two countries. The visit would also pave way for lasting peace in the region, he added. He said restoration of peace, overcoming energy crisis and rehabilitation of economy was national agenda as all political forces were on the same page. During last five months, the government had achieved success on various issues, he said.

Responding to a query, the minister said that the Pakistan Tehreek-e-Insaf (PTI) should extend helping hand to the government according to the decisions of all parties conference. Protest was a right of everyone but the blocking road transport would damage the country’s image internationally, he added. He said the negotiation process with Taliban had been delayed, The government was, however, trying to remove all the hurdles for restarting the talks.

Pervaiz Rashid said militancy is not the problem of political parties rather the whole country was affected by this menace. Regarding price hike, he said the problem would be resolved with the arrival of new crops of edible commodities in the market.-App

There Should Be No Politicking On Foreign Policy: Pervaiz Rashid