Headway’ in Taliban talks with committee 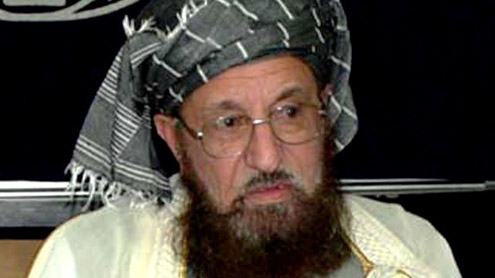 The political shura of the Tehreek-e-Taliban Pakistan said on Monday it gave a “positive response” to the government’s list of demands, which had been handed over to it by the Taliban team during a meeting at an undisclosed location in North Waziristan. “After in-depth deliberations over the demands a positive response was given,” Shahidullah Shahid, the spokesman for the TTP, said on Monday in a press statement he sent to media houses via email. Prof Ibrahim, a member of the Taliban team, and Maulana Yousafzai, special emissary of Maulana Samiul Haq, had met the TTP political shura in North Waziristan. They were transported to the area on board a helicopter provided by the Interior Ministry. Spokesman Shahidullah said the TTP team was also handed over demands to make a “conducive environment” for the talks. He did not share the demands.

“These demands will be handed over to the government team,” the statement quoted him as saying. It added that during their meeting the shura and the Taliban team agreed to work for a better environment for the talks to continue. “And that both sides (Taliban and the government) should exercise extreme restraint during the course of talks and that we (Taliban) do not need to be in a hurry,” the spokesman said of the understanding reached during the talks with Prof Ibrahim and Maulana Yousaf Shah.

However, Shahidullah said the Taliban team was told that the government should avoid “unnecessary demands” in the first phase of the talks, as they might “damage the talks process” if they stay unmet. The Taliban insurgents have set tough terms for peace talks with the government, including the release of all imprisoned fighters and the withdrawal of troops from tribal areas, a militant source said Monday. The Taliban outlined their demands to a team of clerics who are holding talks with the government on the militants’ behalf about ending a seven-year insurgency that has claimed thousands of lives.

Negotiating teams held the first meeting on Thursday, but the dozen conditions now laid down by the Tehreek-e-Taliban Pakistan will raise further doubts about the chances of success. A TTP commander told AFP the prisoner and troops issues were a “test case” for the government of Prime Minister Nawaz Sharif to prove its sincerity. “This is the first round of talks. The committee members will now meet the government committee and will forward our demands, they will meet us again with a reply,” the commander said. The chief negotiator representing the Taliban, Maulana Samiul Haq, told reporters in Akora Khattak the meeting had been “positive”.

The next round of talks with the government negotiators would take place within two days, he said. Haq, who did not travel personally but sent a delegate in his place, added that the TTP meeting had taken place at a secret location some four hours from Miranshah, the main town in North Waziristan. “This is a war of years and years and one cannot solve it in minutes, nor can one disclose every detail of talks. We have a chance to stop the bloodshed,” he said.

Professor Ibrahim expressed optimism for success of peace talks. He said hopefully the decade-old problem of militancy will end very soon. Addressing a press conference, he said the process of negotiation between the government and Taliban is heading towards a positive conclusion and very soon a peace agreement is going to be reached between the two parties. “The negotiation process will soon take both the government and Taliban to a point of reconciliation,” he added.

Jamiat Ulema-e-Islam-F leader Mufti Kifayatullah has termed the conditions set by the Taliban as reasonable, saying these reflect their seriousness for reviving peace. The Taliban say they want security in the tribal areas taken out of the hands of the army and given to local security and administrative officials, a move which would strengthen the militants’ control. A commander said that all of the Taliban’s estimated 4,000 prisoners including those awaiting execution must be freed. The Taliban’s other demands included nationwide implementation of sharia and Islamic-based education at all levels, an end to military support for the US.