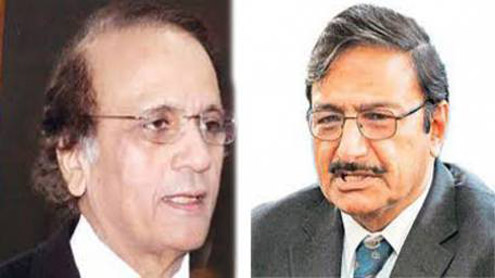 The chief justice of Pakistan (CJP) has directed National Accountability (NAB) chairman to hold an inquiry against former Pakistan Cricket Board (PCB) chairman Zaka Ashraf on the complaint of Islam Khan, senior vice president of Zarai Traqiati Bank Limited (ZTBL). Islam Khan has filed complaint against Zaka Ashraf who had also remained chairman of ZTBL, in the Human Rights Cell and the National Accountability Bureau.

According to the complainant, Zaka Ashraf was only a “matriculate” and he got Islamabad Club membership showing himself as a graduate, adding that his degree had been proved fake in the Islamabad High Court. The complainant alleged that Zaka Ashraf was involved in corruption of billions of rupees and the matter should be investigated through the Federal Investigation Agency (FIA) and National Accountability Bureau. As ZTBL president, he also appointed more than 1,000 persons “illegally” and purely on political basis ignoring the merit, Islam Khan said.

Karzai Will Not Sign Security Agreement: US spy chief