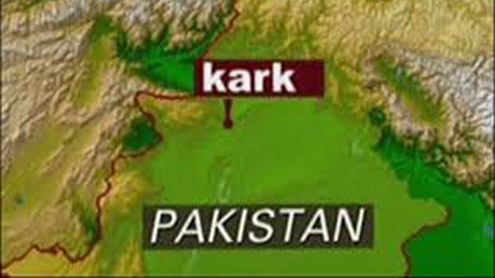 As many as 15 people, including 13 children, sustained injuries in an explosion that occurred outside a private school in Dhab area of Karak district on Monday morning. According to details, some unidentified miscreants had planted explosive materials outside the private school gate located in Dhab, which went off with a loud noise. Subsequently, 15 people were injured, including the school’s principal.  Following the incident, the injured persons were shifted to District Headquarters Hospital (DHQ). Police have registered a case against unknown miscreants.

Explosion in Peshawar hotel injures one: An explosion occurred in a three-star hotel in Peshawar’s Namak Mandi area today, leaving one person injured, DawnNews reported. According to the police, the blast took place on the first floor of the hotel near to the lobby. Subsequently, the hotel’s security guard Allah Baksh reportedly sustained injuries. As a result of the explosion, the hotel windows were smashed. According to the hotel administration, three suspected individuals walked out of the hotel without checking out at the reception; however their records were available with the management.

Police reached the site of blast and investigation of the incident was underway. The nature of the blast could not be ascertained as yet. Peshawar, the capital of Khyber Pakhtunkhwa, lies on the edge of Pakistan’s tribal areas which have been labelled by Washington as the main sanctuary for Al Qaeda and Taliban militants in the country. The city has seen frequent attacks by militants in the past few years, with targets ranging from civilians to policemen and other law enforcement personnel. -Dwan