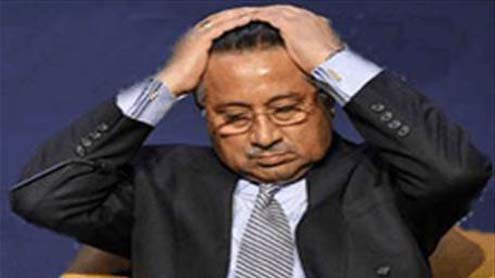 A court rejected on Wednesday a petition seeking orders for registration of an FIR against former president retired General Prevez Musharraf for allowing the United States to carry out drone strikes in Pakistan.

Additional district and sessions judge Mohammad Adnan held that the petition filed by an Islamabad-based lawyer was not maintainable. The petition alleged that Mr Musharraf had permitted drone attacks under a secret deal with the US in 2004, and sought legal action against him.

It referred to an interview given by the former army chief to a foreign media network in April last year in which he had said that the permission had been given “only on a few occasions when the target was isolated and there were no chance[s] of collateral damage”. This was the first time that any Pakistani official had admitted that permission had been granted for drone strikes. According to the petition, Mr Prevez Musharraf could not have signed such a deal with any foreign country.

His consent paved way for deadly attacks in tribal areas which claimed a number of lives, including those of innocent people, it said. The petition requested the court to direct the Secretariat police to register an FIR against Mr Musharraf and initiate legal proceedings against him. After the initial hearing, the judge reserved his decision on the maintainability of the petition. However, the petitioner’s lawyer Mian Ahmed Khan told reporters that the court had ordered the police to register an FIR against Mr Musharraf. The claim created confusion as almost all television channels reported it as such until the judge announced that the petition had been dismissed.