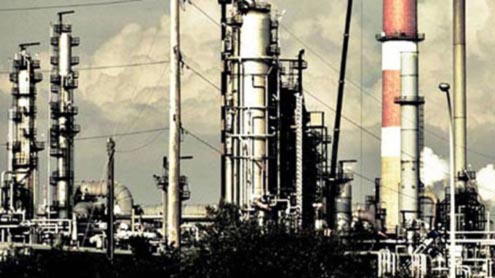 The present reserves of natural gas in the country are sufficient for only 16 years. This information was placed before the National Assembly by Federal Minister for Petroleum and Natural Resources Shahid Khaqan Abbasi in reply to a question put by Shaikh Rohale Asghar of the PML-N. “At the current rate of daily gas production, balance recoverable reserves will last about 16 years,” said the minister who was asked to inform the house about the number of years the present reserves of gas in the country were sufficient for. “The gap between demand and supply of gas is increasing day by day because of depleting gas fields and increasing demand,” the minister said in a written reply to another question asked by Sheikh Salahuddin of the Muttahida Qaumi Movement (MQM).

Since Speaker Ayaz Sadiq suspended the question hour to enable the members to participate in the debate on the National Security Policy presented by the government last month, no discussion took place in the house on replies given by the minister. Mr Abbasi said the government was taking several measures to overcome the shortage of natural gas. The minister informed the assembly that the government had granted 48 lice nces over the past five years to 12 local and foreign companies for exploration of oil and gas in the country.

The minister said the government had recently signed exploration licences (ELs) and Petroleum Concession Agreements (PCAs) with Oil and Gas Development Company Limited, Pakistan Petroleum Limited and Mari Petroleum Company Limited over 20 blocks for further exploration of oil and gas and that the ELs and PCAs over another 30 blocks with different companies would be signed shortly. Mr Abbasi said that no work had been done in 14 exploration blocks because of various reasons, including security concerns. He said the matter had already been taken up with provincial governments to provide security cover and conducive working environment to companies to carry out exploration activities in accordance with their work commitments.  Dwan