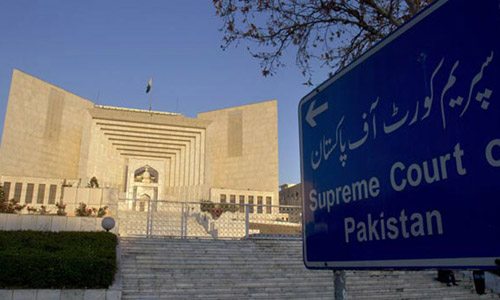 ISLAMABAD: The Supreme Court will today (Monday) resume hearing of various important cases, including suo moto notices against the killing of minors in Tharparkar district of Sindh and the recent gun and suicide attack on the Islamabad district courts.

The court has sought a report from chief secretary Sindh on the killing of minors due to malnutrition. The IGP Islamabad would also submit a report to the apex court on the progress in the Islamabad courts attack.Chief Justice Jillani has constituted six benches for the hearing of important cases during the commencing judicial week.