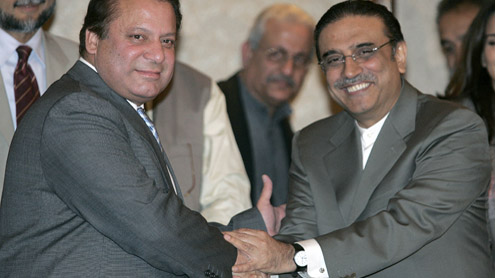 Minister for Science and Technology Zahid Hamid and Finance Minister Senator Ishaq Dar will accompany the premier in the meeting. This will be the second meeting between Nawaz Sharif and Asif Ali Zardari since PML-N took over the power from Zardari’s PPP with an overwhelming election victory in May last year. The first meeting took place in January when they jointly inaugurated Thar coal power project. Insiders said that the meeting between two political stalwarts is aimed at delivering armed forces a message that the country’s political forces are united.-pakistantribune