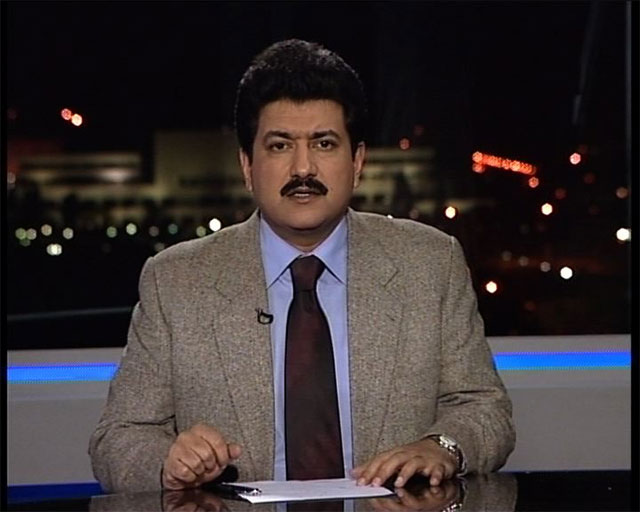 A Geo News correspondent tried to contact Mr. Hamid Mir but he could not talk as he was severely injured. Mr. Mir was attacked by four unknown men on two bikes. The famous journalist was coming from Airport to office, when his car reached Shahrah-e-Faisal , the attackers fired upon his car and the journalist was wounded. Hospital sources said that two bullets were recovered from the journalist’s body.

Sources said that the attackers were following Hamid Mir’s car but the journalist’s driver showed courage and did not stop the car despite continued firing on car. Hamid Mir is one of the most senior and credible journalists of Pakistan and these days hosts a show on Geo Television. Hamid shot to international fame when he interviewed Al-Qaeda chief Osama Bin Laden in December 2001. -thenewstribe