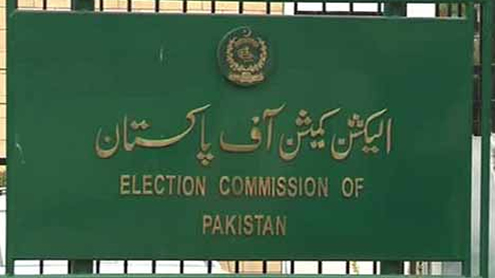 The Election Commission of Pakistan (ECP) on Tuesday rejected requests of candidates seeking deployment of army during by-election in NA-149 constituency of Multan.

According to spokesman of ECP, many requests were sent by candidates for deploying military during the by-polls but the commission has decided to deploy Rangers only adding situation in Multan was not tense.

“We received many requests regarding deployment of army for maintaining law and order during polling day. But our representatives in Multan said situation in the constituency was normal and there was no need to go for military,” the ECP spokesman said. Earlier, the ECP had also rejected a plea of Punjab government for delaying polls in Multan after a stampede in PTI’s rally claimed seven lives. The by-election in NA-149 is scheduled for tomorrow.[contentblock id=2 img=adsense.png]

The seat was fallen vacant after Javed Hashmi, then President PTI, tendered resignation and would once again contest elections in what is said to be a neck on neck competition between Hashmi and PTI-backed candidate Amir Dogar. The district administration in Multan has already announced holiday for the by-election day besides imposing section 144 in the constituency that prohibits assembly of people and display of weapons for ensuring law and order. On the other hand, ballot boxes, electoral lists, stamps and stamp pads have arrived at the Government Emerson College in Multan.

Besides, eight contingents of Rangers will be deployed at sensitive polling stations. The Election Commission has also issued code of conduct for the polls, according to which display of arms and use of loudspeaker will be banned.

According to ECP, all contesting candidates and their supporters shall avoid scrupulously all activities, which are offences under the election laws, such as bribing of voters, intimidation, canvassing within 400 yards of a polling station including setting up of camps. -nation