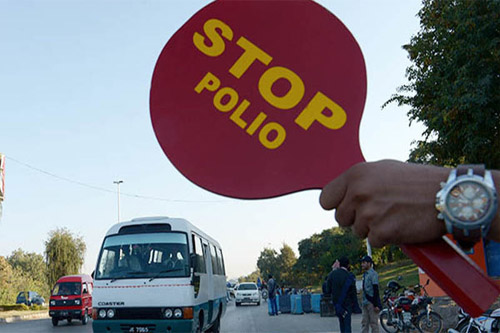 The chairman of the Independent Monitoring Board (IMB) has called upon the head of the United Nations Children’s Fund (Unicef) and fellow leaders of the Global Polio Eradication Initiative to demand that the Pakistan government take transformative action to fix the country’s appalling polio programme.

In a letter to Unicef Executive Director Anthony Lake, IMB Chairman Sir Liam Donaldson warned that the initiative might have a tough time in obtaining funding in the future if the priorities of the programme were not rearranged to focus on ridding Pakistan of the curse of polio and focusing on immunisation as a top priority. An official from the Ministry of National Health Services (NHS) told Dawn that the letter was significant because it indicated that the IMB was quite serious about the implementation of its recommendations. “The report clearly indicates that IMB believes that all of Pakistan is threatened by the poliovirus and that the government is not taking serious measures to eradicate the menace,” he said.

An IMB report issued on Saturday called the Pakistan polio programme “a disaster” and recommended that the National Disaster Management Authority (NDMA) be given the reins of the anti-polio drive in the country. The report stated that the virus had been circulating in metropolitan areas such as Karachi and Lahore as well as the tribal areas, while samples from other major cities such as Hyderabad and Quetta had also tested positive for polio. In this important communiqué, the IMB chair warned that failure to work on the recommendations made in the latest report would result in “hundreds of millions of dollars being spent every year solely to keep (the) Pakistan poliovirus out of other countries”.

The IMB emphasised the importance of each of the recommendations and said “we feel it is no time for small recommendations, or for prolonged reflection”. Meanwhile, NDMA spokesperson Ahmed Kamal told Dawn on Sunday that while the authority was willing to take on the challenge of combating polio across the country, it would first have to be empowered to deal with the challenges posed by the crippling disease. “If the government wants to hand over the polio programme to NDMA, it has to facilitate us,” he said, adding that the National Health Emergency Preparedness and Response Network had been working on health issues in collaboration with the provinces. For the NDMA to work effectively against polio, the network must be placed under the authority so that the authority had a mechanism to coordinate with the provinces, as health was now a provincial subject, he said.

Meanwhile, the IMB has expressed ‘profound disagreement’ with those who see “polio-free Africa” as the top priority of the programme. In the letter, Sir Liam also reiterates the IMB’s call for the implementation of the recommendation that “all countries introduce a requirement that travellers from polio-infected countries should produce a valid vaccination certificate or be turned away”. The IMB’s reports go to the donor agencies that fund the Global Polio Eradication Initiative, which is spearheaded by Unicef and includes the World Health Organisation, Rotary International and the US Centre for Disease Control. If the IMB concludes that any of the milestones or process indicators are ‘at risk’ or ‘missed’, relevant national authorities and implementing/donor partners are engaged to establish emergency corrective action plans. -dawn