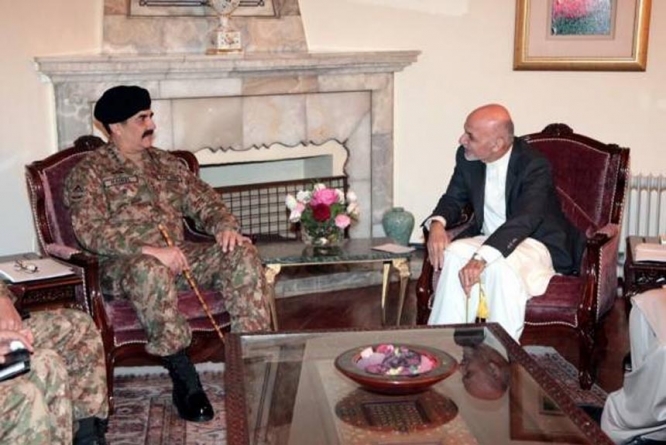 According to a details handed down by the official military sources, during his meetings with the top Afghan brass, Gen Raheel reiterated that a peaceful Afghanistan was in the best interest of Pakistan. “It is a historic opportunity for both the neighbouring countries to come closer as stronger Pak-Afghan ties will go a long way in restoring regional peace,” the ISPR quoted army chief as saying.

Speaking on the occasion, the COAS also underscored that it was imperative for both the countries to cooperate in the war on terror, which is a common threat. Later, the COAS also met with Chief Executive Officer Abdullah Abdullah, Defence Minister Gen Bismillah Khan Mohammadi, National Security Adviser Hanif Atmar and senior military officials. -samaa